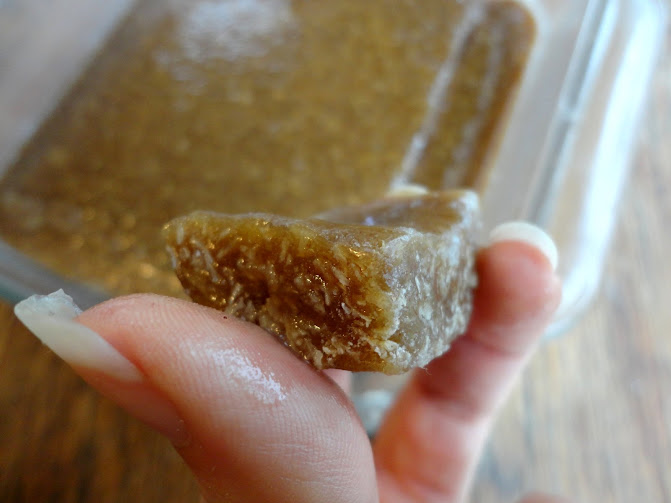 I have already shared Grandma’s original recipe from 1890 for her oatmeal candy in her writing, but I have to share my updated version that I submitted to the fair. The original is good, like caramel with oatmeal in it, but with a little cinnamon and vanilla, it reminds me of a candy version of oatmeal cookies! 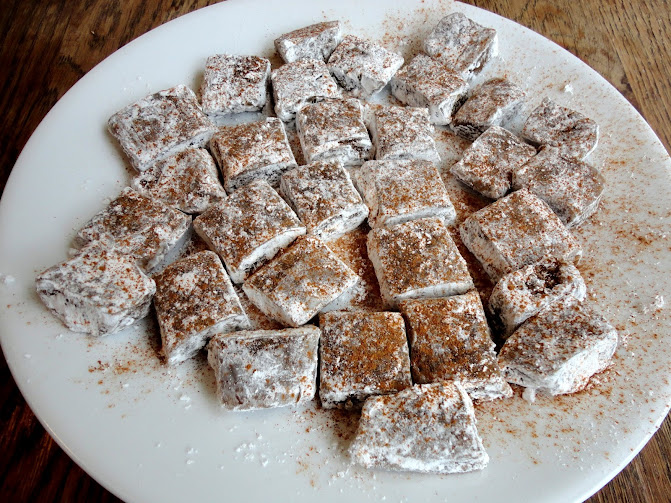 Like most old recipes, this one is simple. There are a lot of candies I’d consider better, but I love these for their old-timey-ness. They even taste old-timey and are truly delicious. If you are nostalgic for the days of yore, try these out. 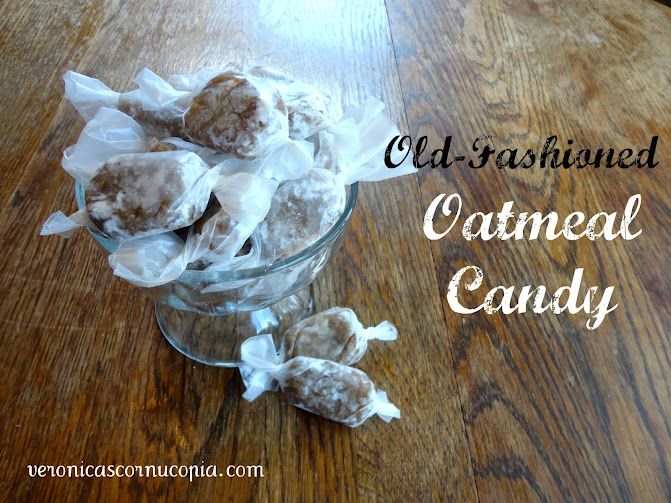 Bring butter and corn syrup to a boil in a large saucepan. Remove from heat and stir in brown sugar, oats, flour, and cinnamon, and mix well. Return to heat and turn burner to medium heat. Cook slowly, stirring often, until mixture comes to softball stage, 240F.  Remove from heat and stir in vanilla. Pour into a 9″x13” buttered dish and cool completely, about 4 hours or more. Cut into squares, roll in powdered sugar, sprinkle with a little cinnamon, and wrap in waxed paper.

Veronica’s Notes: Butter was likely salted during the time this recipe originated, as it acts as a preservative, so that’s what I used. I used corn syrup, and though I’m not sure that’s what is meant by “white syrup,” it seems to work quite well. And while I know from personal research that quick-cooking oats did not exist until the 20s, I thought rolled oats to be too chewy and took the liberty of updating the recipe with quick-cooking oats, and adding in some cinnamon and vanilla. Those were probably expensive or maybe less common during the time Dennis’ great-great-grandmother was making this candy, but I hope I’m doing her proud with these additions since they are easily accessible now and add a nice flavor.