36 weeks: full term and looking it

You’re considered full term at 36 weeks, and I’m both facing challenges (like relearning how to walk and even roll over in bed), and relishing the advantages (Joshua’s fighting chances if he comes early are quite good now). 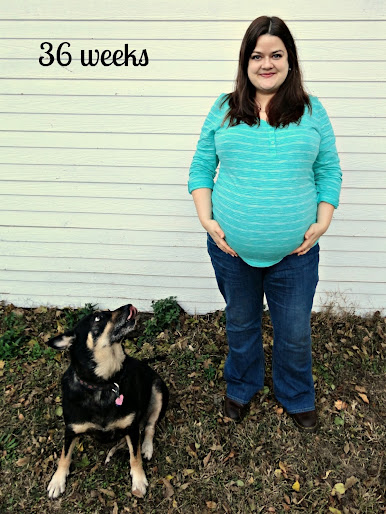 I was so worried early on that we were going to lose this precious gift before we ever got to meet him (infertility does that to you – it’s so hard to believe you’ve finally gotten your dream come true that you keep expecting it to be snatched away), so every week that has gone by has lessened that worry by degrees.  My faith kept me steady and the whole time I’ve felt to my core that Joshua was fine (except for brief scares, of course), and we had the prayers of many to help us through this journey, and that helped with my peace of mind as well.  But I think having waited so long for him, I’ll never take his life for granted and unfortunately, I will probably never stop worrying.  SIDS terrifies me and I’ll probably not sleep for the first year of his life because I’ll be watching over him as he sleeps.  Sort of kidding. :) 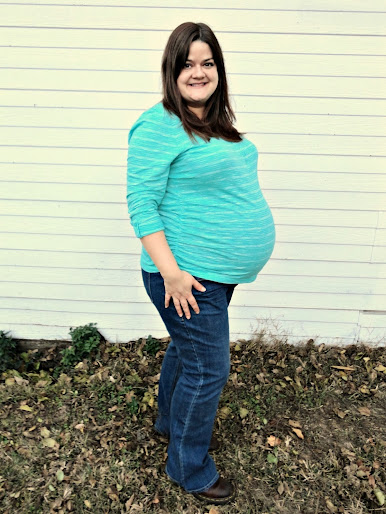 I’m a mixture of emotions over the upcoming birth, and most people want to know if I’m excited.  I may be strange, but I’m not really excited.  Sure, I’m looking forward to meeting this boy, and being a real Mom with a baby outside my womb, but I’m more scared than excited.  Scared of delivering him, and scared to have an actual baby that cries and relies on me to sustain his life.  Scared of how different our life will be after I’ve had so many years to get used to it the way it is.  I’ve been “just” a wife for so long that I’m scared of being a Mom.  It’s probably telling of something about me and my past, but I can already feel the judgement from other parents on my own parenting skills and I know that every time I’m with him around other parents, I’m going to be hyper aware of their critical eyes upon me and I’m going to feel like a failure. 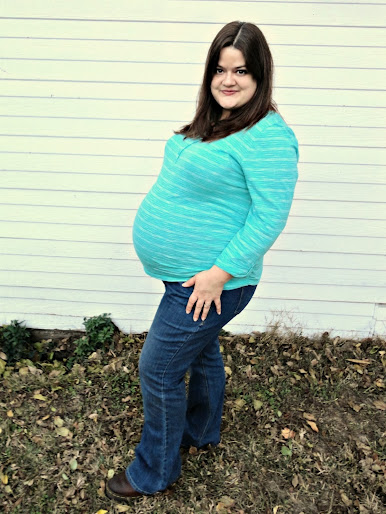 I’m also anxious to get everything done we need to before he comes.  Honestly, if he came now, we’d be OK.  BUT! I really want to have time to white glove the entire house, to organize all the diapers by size as we put them away in the basement to store them, to hang all the pictures waiting to be hung, to clean the sawdust off of his baby bouncer seat thing (long story), install his car seat and get it checked at the hospital to make sure it’s installed properly, to buy all the things on our registry we still need, and it may be selfish but I’d like to celebrate one last holiday (Thanksgiving) without a baby.  Oh yeah, and I really would love to see Catching Fire first, too. lol 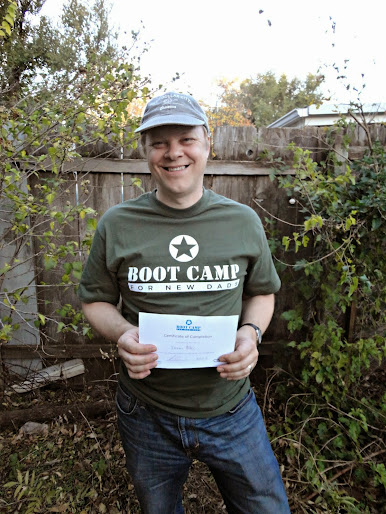 Finally remembered to get a pic of Den in his shirt with his certificate! He’s all ready to be a Dad now. :)

In any case, when he comes isn’t up to me.  It’s up to my doctor, and ultimately up to God.  Starting tomorrow, I’ll be getting biophysical profiles done on Joshua (like a sonogram but faster) every week to make sure he isn’t getting too big.  If he does, hello inducement!  Because of all the things I want to get done and not wanting an epidural if I can help it, I really do not want to be induced (it makes the pain worse, or so I hear), but of course I’ll do what’s best for both of us.  It wouldn’t be good for either of us to try to deliver him at 13 pounds. Pretty sure induced labor without an epidural would be better than a broken hip (and definitely better than a broken baby!).  And even though Lacey (my youngest sister) gave birth to an almost ten pound baby without any trouble, I’m not going to fight my doctor if he thinks it’s what’s best. 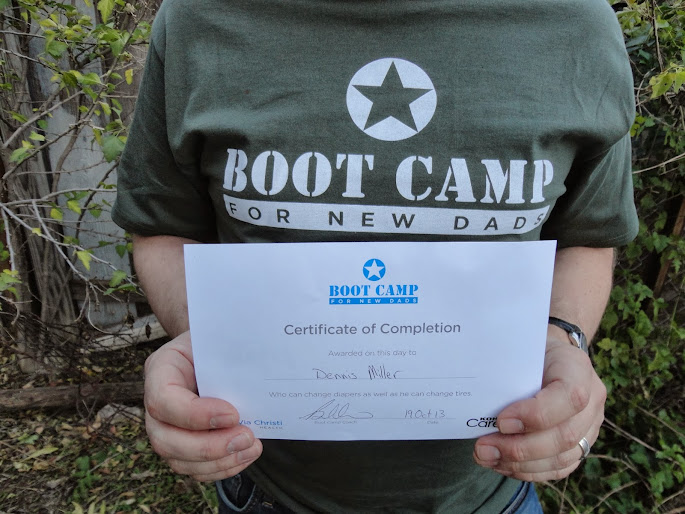 There would be some nice things about delivering early.  I really am looking forward to being able to lay on my back again.  I’m really looking forward to the first time I can do it, when I have my new baby in my arms and we can just lay back together in the hospital bed.  That will be bliss.  Also, I’d love to be able to walk pain-free, and to trade in the blobs at the end of my legs for real ankles and feet again.  My cankles are out of control! 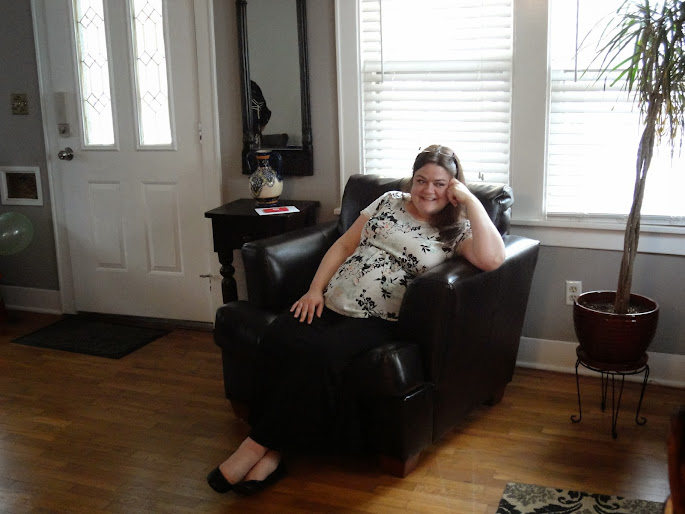 You’ve heard of puffer fish? Well these are puffer feet. 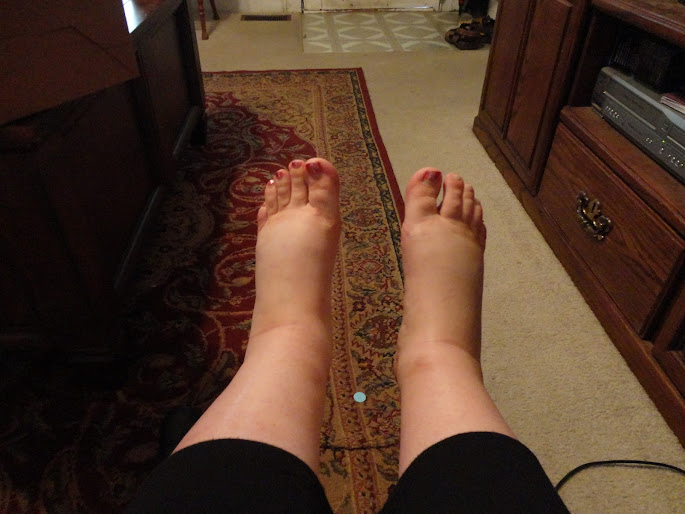 As you can tell, I’ve given up trying to give myself another pedicure, though my toenail polish is falling off slowly but surely.  And the blue dot between my feet is a piece of confetti that made its way all the way from my Abilene baby shower to our home a week later. I vacuumed and the dot showed up out of nowhere, probably because we’ve been putting all our shower gifts away.  It must have made it’s way here in a bag.

Speaking of baby showers, I just had my final one and I’m going to post all three of them (starting off with a bonus shower to make four, yes four!) this week.  Come back tomorrow to hear about Joan’s Aunt Shower.  It’s a really neat idea you might want to do for a friend (or hint to your own friends to throw you one) in the future!

I have a kitchen addiction and love to collect & share recipes. My passion is baking but I love to cook as well. The only thing I don't like to do in the kitchen is wash dishes, but my husband generally does them for me in exchange for his dinner.
View all posts by Veronica »
← 35 weeks: gittin ‘r done
A Harvest / Lil’ Pumpkin Baby Shower →