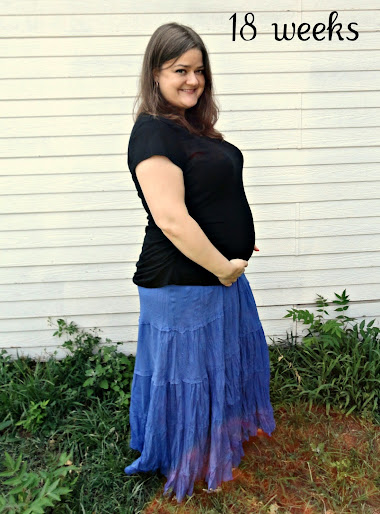 I really don’t have much to tell you as far as an update.  I’m made for pregnancy, apparently.  How ironic is that, when it took so long to get there? LOL!  I know pregnancy is killer for a lot of women, but it’s been a cake walk for me by comparison.  I’m very thankful for that and try not to take it for granted. 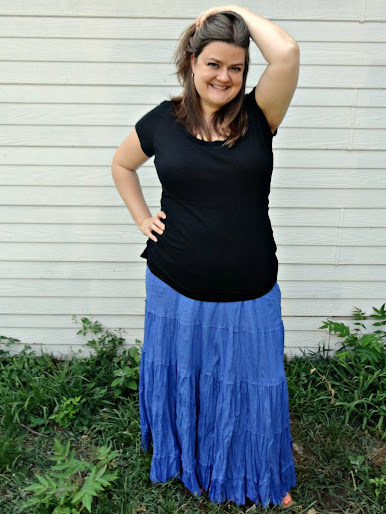 Aren’t you jealous of how perfectly we keep our lawn manicured?!

We will be finding out the gender of our baby this week!  What do you think we’re having?

I think boy.  I have always wanted a girl, ever since I was a little girl myself (probably has something to do with having a little sister six years younger than me that I already felt like was my own baby, so I feel more like I know what I’m doing when it comes to raising girls since I’ve been through it already), but am not expecting one at all. You guys will have to help me figure out what in the world I’m going to do with a boy if it really turns out to be one. LOL!  Guy stuff is like a foreign language to me, but I suppose I shall learn along the way if I have to. Dennis would prefer a boy for the same reasons I’d prefer a girl, because that’s what he is and what he knows.  So I suppose either way, there will be at least one parent that sort of knows what to do with our little cupcake. 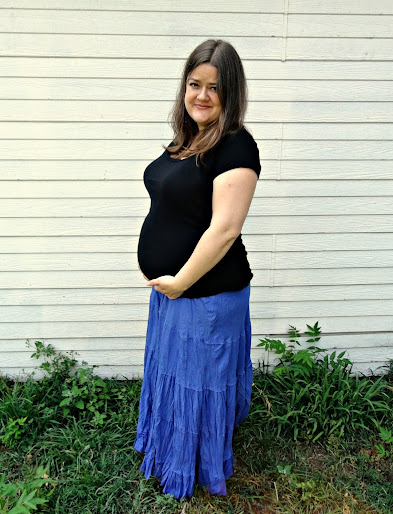 Then again, you never know what you’re going to get with a child–every person is unique.  Knowing the sex tells you very little!  My friend, Suzie, wanted a boy because she likes to hunt and fish and thought that she would get along better with a boy and they could enjoy those things together.  She was blessed with a boy, but he doesn’t like to hunt or fish…he likes video games!  She said if she had a girl, she’d probably love to hunt and fish and have tattoo’s like her mama. LOL!  Chances are if I had a girl, she’d be an athlete and play the drums, and if I had a boy, he’d love to cook and sing with me.  You just never know.  I guess I need to take this one day at a time here and not freak out about the sex of our baby.  I’m just blessed and thankful to have one at all. :) 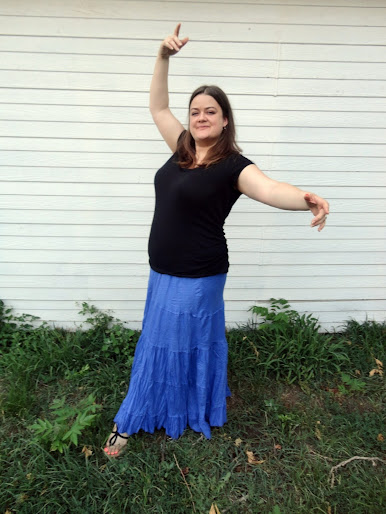 Pretending I remember something from my early ballet days…which ended 22 years ago. But look, I can almost pass for a non-pregnant fat woman in this pose – my belly almost went away! haha

Want to have some fun?  Cast your vote of boy or girl in the comments and I’ll draw a winner from those that guess correctly.* The winner can choose between a $20 Amazon gift certificate (this option is open internationally) Snickerdoodle Blondies, Chipotle Honey Roasted Peanuts, or my sister’s homemade soap bars for their prize (the quantity will be as much as I can fit in a small Priority mail box). Baby’s gender and the winner will be announced next Monday!

*I will also be drawing from votes put in by friends/family in person and on my personal Facebook page.

I have a kitchen addiction and love to collect & share recipes. My passion is baking but I love to cook as well. The only thing I don't like to do in the kitchen is wash dishes, but my husband generally does them for me in exchange for his dinner.
View all posts by Veronica »
← 17 weeks: reasons it rocks to be pregnant
Creamy Mushroom-Parmesan Chicken →