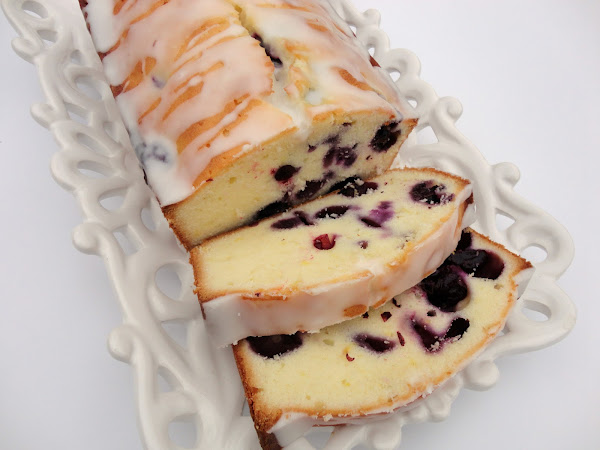 I’m so happy to return today with my recipe for the Secret Recipe Club! I was assigned to a beautiful blog called NY City Eats and wow, Lacy is so gourmet.  She’s a professionally trained chef who graduated from The Institute of Culinary Education in 2010.  Impressive!  As are her recipes, and I was pretty much in awe of all the fancy ingredients she incorporates into them.  (Check out this pizza video-it is so professional! And even her “simple” pizzas sound and look so fancy.)  Being less of a cook, especially not a gourmet one, and more of a baker, I felt more at home when I looked through her dessert recipes, which happily were plentiful. 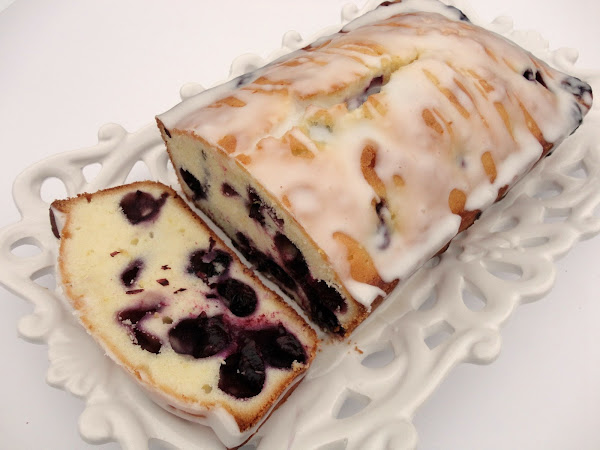 I happened to inherit 16 pints of blueberries and a crate full of lemons from my Grandpa (long story, will tell it later), so I searched for something I could use them in from Lacy’s blog.  I first ruined her recipe for Low Calorie Banana Blueberry Muffins by making it sugar-free (was testing out Swerve’s sweetener) and under-baking them.  They were awful and I won’t share my adapted recipe, just visit the link for hers, which looks much better. 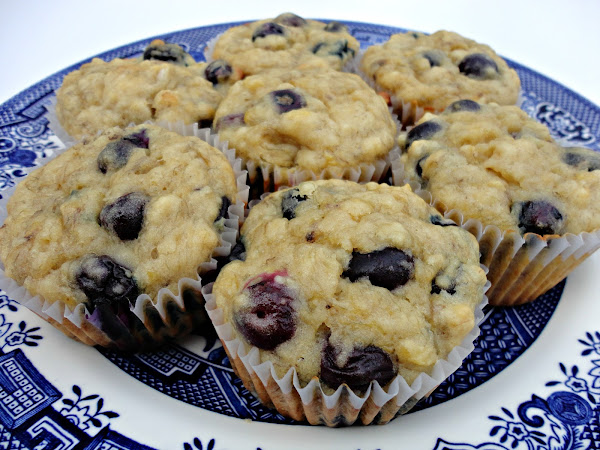 Again on the hunt for blueberry-filled recipes, I found her Mixed Berry Bundt Cake and made my own blueberry-lemon version almost as soon as the muffins were trashed.  After clicking back through all the “adapted from” links to find where the recipe originated (a difficult feat in this age of food blogs, and I gave up after five clicks), I discovered this was a lower fat version of the Elvis Presley Pound Cake I’d been wanting to try for years.  It has less sugar than the original recipe I’d saved to my computer back in 2009, but I made it with the smaller amount and found it to be perfectly sweet.  I did, however, use the whipping cream called for in the original recipe, rather than yogurt as I was out of yogurt and didn’t want to go to the store. 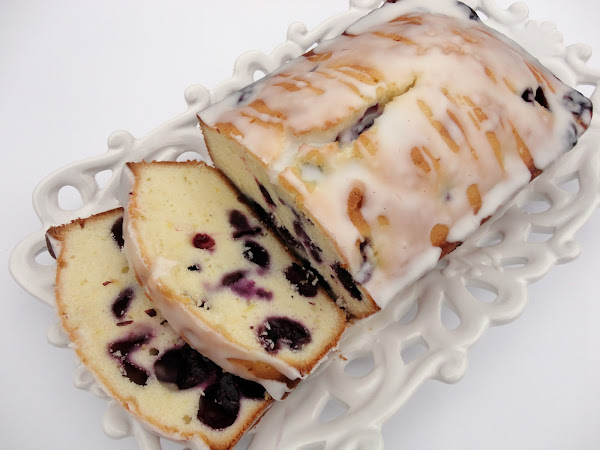 The cake was buttery and dense, as a proper pound cake should be, and I loved the taste of the lemon and blueberries in it.  I believe the cake would be best eaten the same day it’s baked, as it was a little dry on day two.  Eating it fresh also helps the appearance, as the blueberries will be more whole (the juices get absorbed as time goes on, making them shrivel up inside the cake as in the pictures.

Please check Lacy’s healthier recipe, which looks very moist and delicious.  Thank you for sharing it, Lacy, I so appreciate you helping me use up some of these blueberries!  And we so enjoyed eating it! 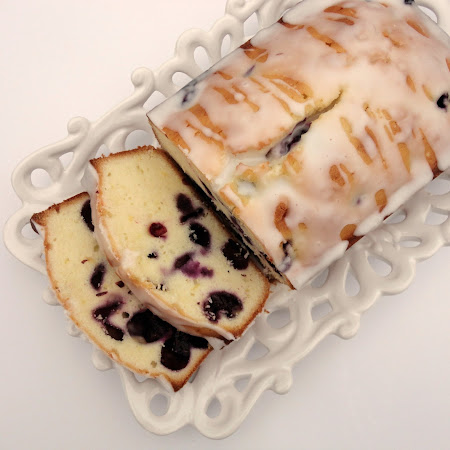 Preheat oven to 350 degrees F. Grease a 9×5 loaf pan with butter and dust with flour, set aside.

Cream the butter and sugar on medium-high speed for five minutes, until light, creamy and fluffy. Add eggs one at a time, mixing well after each. Mix in the vanilla. Sift in half of the flour, beat on low until blended, then add the cream and blend again until mix. Sift in the remaining flour and mix just until blended. Add the lemon zest and mix on low until incorporated and batter is smooth. Fold in the blueberries and spread batter into prepared pan.

Bake in preheated oven for 55-60 minutes, or until a tester inserted in the center comes out clean. Remove from pan and cool completely on a wire rack.

Once cool, whisk together 1 tablespoon of the fresh lemon juice and the powdered sugar until smooth. Drizzle over the cake and let it set for half an hour before serving. Best served same day.

Click Mr. Linky below to view the other SRC Group C recipes!

I have a kitchen addiction and love to collect & share recipes. My passion is baking but I love to cook as well. The only thing I don't like to do in the kitchen is wash dishes, but my husband generally does them for me in exchange for his dinner.
View all posts by Veronica »
← Hi
Thankful Thursday #103: busy-ness →