As you know, I’m a member of the Secret Recipe Club.  On September 14, one of our members, Daniel of The Haggis and The Herring, passed away suddenly and expectantly.  He had just made dinner for his family and bam.  He was gone.  I don’t know the details, but what a shock.  His wife was expecting their third child, and just thirty minute before he died he was telling his wife how much he loved her and how everything was going to be OK.  There are so many stories like this that make us realize how fleeting and precious life is, that you never know what to expect, and yet we are never fully prepared when caught by surprise.  Not even half-prepared.  It can turn your world upside down.  My heart breaks for his family. 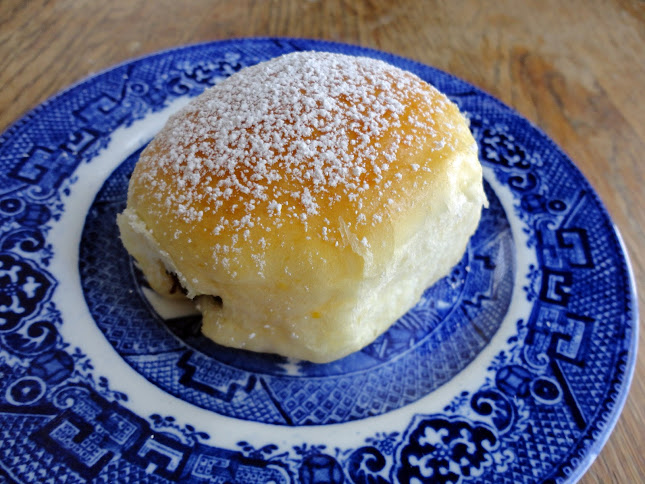 Despite being in this club with Daniel, I was never in the same group and him and I don’t believe I ever visited his blog until he was gone.  I debated whether I should join the special tribute reveal with other members of the club, to remember him by posting a recipe from his blog.  I felt strange about it since we never once communicated while he was alive that I know of, but being in the same club, both being food bloggers, and now having read some of his blog, including the beautiful eulogy his wife shared when she announced his passing, I felt his life deserved to be commemorated this way, and I couldn’t not join the tribute. 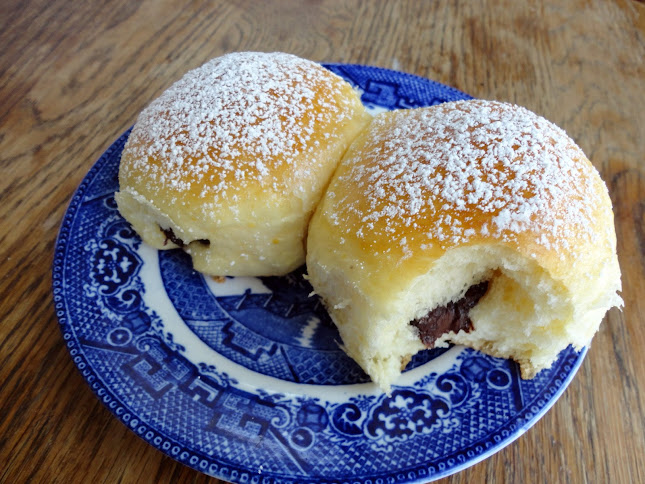 I chose this recipe because these buns were very special to Daniel.  His grandmother made them while he was growing up and were his favorite sweet, but for a long time, he couldn’t’ find her recipe to duplicate them after she had passed away.  His aunt finally found a copy his grandmother had written in Spanish and she translated it for Daniel to make and share on his blog.  He was so happy to be able to finally enjoy them again. 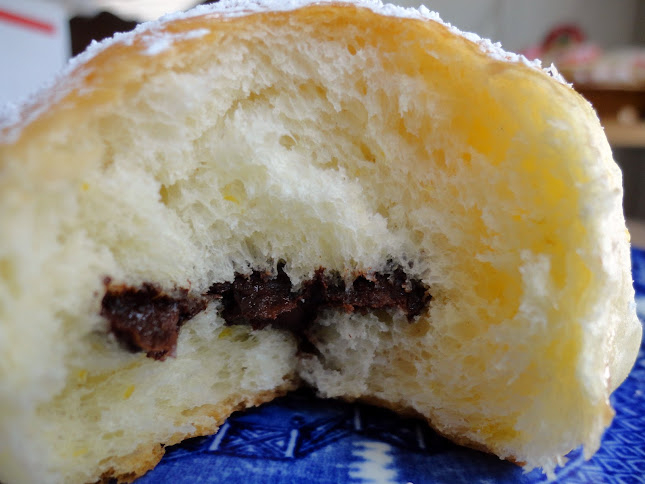 I didn’t have orange blossom water, so I upped the amount of orange zest in the recipe to make sure the orange flavor still came through and I thought the orange and chocolate flavors were very nice.  I didn’t make these small like they should have been, so the amount of chocolate to bread was off, but they were still tasty. I loved how light the bread was, even when at room temperature. I took these pictures with room temperature buns so you can imagine how melty the chocolate and how light the bread is when warm. These aren’t very sweet, so I thought they were very nice as a breakfast treat with coffee. I brought them to work and they were gone in an hour-I couldn’t believe it. Either that means they are good, or people at work are starved for homemade goodies! I need to feed them more often, I think. :)

I hope that Daniel would be honored by this tribute to his life, and that his favorite buns have found their way into the hearts of others through his willingness to share his family heirloom recipe. 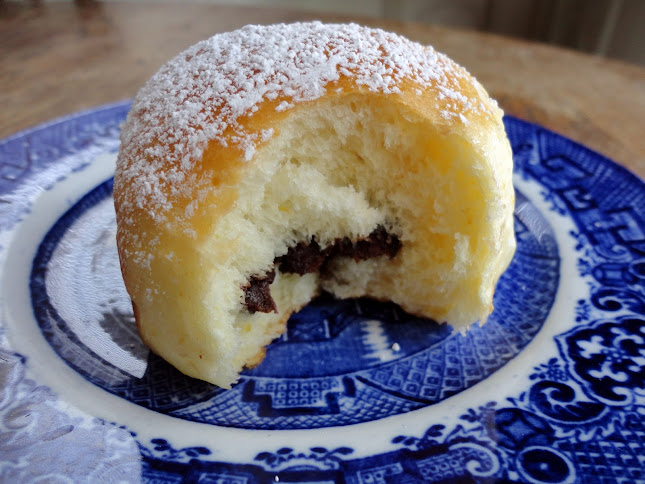 In a large mixing bowl, combine eggs, oil, sugar, milk, orange juice, orange blossom water and rind. Whisk together. Mix the yeast with 4 cups of the flour and stir into the liquid mixture with a large spoon.  Continue stirring in flour until it is too stiff to stir, then turn it out onto a floured surface and begin kneading more flour in until the dough becomes smooth and elastic.  Roll into a ball and place in a greased bowl, turning once to coat in oil.  Cover bowl with a cloth and allow to rest in a warm draft-free place until doubled in size, about one hour.

To make the rolls, press a small handful of dough into a 3 x 3 square. place some chocolate at one end and roll it up. Place rolls on a non-stick baking sheet. (I put mine into two greased 9×13 baking dishes.) Cover rolls with plastic and let rise for 30 minutes or until doubled in size.

Preheat oven to 350F. Beat egg for wash and brush onto buns with pastry brush. Bake for 20 minutes or until buns are slightly golden-brown on top. Sprinkle buns with confectioners sugar when done. Buns can be frozen for later use.