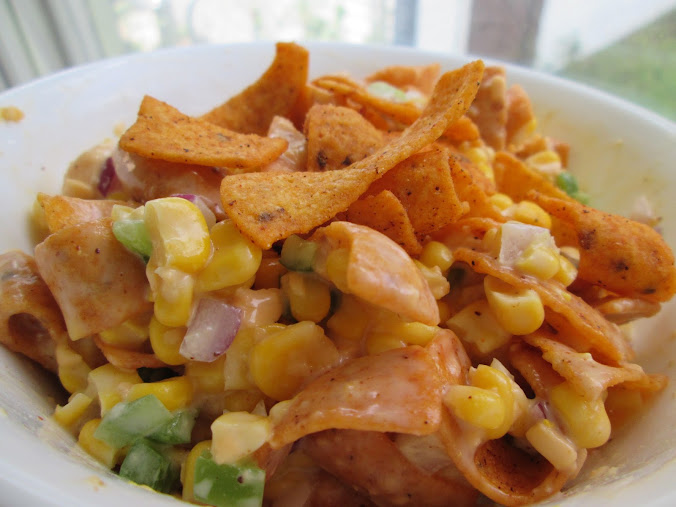 I have an internal maniacal laugh every time I say or even think, “Frito Salad.” Saying the words “Frito” and “Salad” in the same recipe title just makes me giddy with hilarity. Reminds me of one of my favorite eCards… 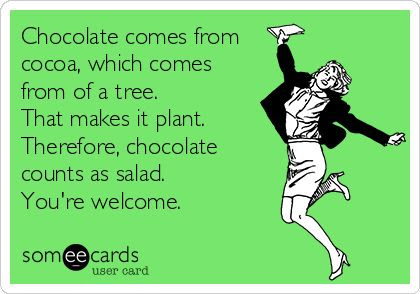 This “salad” is basically my two favorite things combined. Chips and dip (and one of my all-time favorite dips at that). And it’s called a salad. WINNING! :D  To be fair, it’s a little healthier than regular chips and dip because of all the corn (and some peppers & and onion), but let’s just get honest here.  This ain’t my Momma’s kinda salad.  But it sure is mine. >:)

This salad is downright delicious and would be great to bring to any potluck you might be attending in the near or distant future. I know I will be! 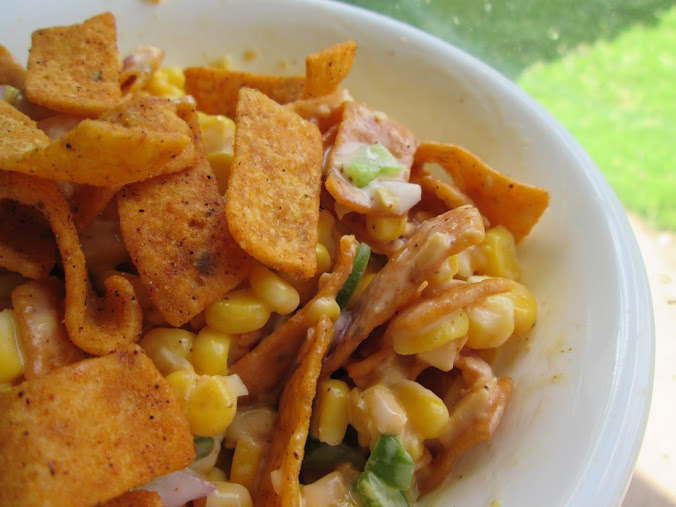 Stir the corn, green pepper, onion, cheese and mayonnaise in a bowl. Cover and refrigerate until ready to serve. Just before serving, mix in Fritos, reserving a handful to lay on top as a garnish. Serve immediately.

Veronica’s Notes: The original recipe called for red pepper along with the green, so feel free to sub in half of the green for red to make it prettier. Also, if you know you will have leftovers, add the chips to the individual servings rather than all at once, because the chips will get soggy and gross.

It may be hard to believe, but kale is super easy to turn into a shatteringly-crisp, salty treat that satisfies potato chip cravings.  OK, if you REALLY need potato chips, then this won’t give you the same flavor, but they are delicious and the crisp & salty combo along with the distinct flavor is addictive!  And if you’re going to be addicted to something, it may as well be something this healthy, right?

Crispy Kale Recipe
The biggest secret to getting the kale super-crisp is to dry them in a salad spinner. If there is moisture on the leaves, the kale will steam, not crisp. Also, do not salt the kale until after they have come out of the oven. If you salt beforehand, the salt will just cause the kale to release moisture…thus steaming instead of crisping. I’ve also found that the convection setting on my oven works really well too – I set the convection on 325F and bake for about 10-15 minutes. Have fun with this recipe, I sometimes mix the salt with Cajun or Creole seasoning.

2. Place the kale leaves into a salad spinner and spin all of the water out of the kale. Dump the water and repeat one or two times more just to make sure that the kale is extra dizzy and dry. Use a towel to blot any extra water on the leaves. Place the kale on the baking sheet.

3. Drizzle olive oil over the kale leaves and use your hands to toss and coat the leaves. Bake in the oven for 12-20 minutes until leaves are crisp. Take a peek at the 12 minute mark – the timing all depends on how much olive oil you use. Just use a spatula or tongs to touch the leaves, if they are paper-thin crackly, the kale is done. If the leaves are still a bit soft, leave them in for another 2 minutes. Do not let the leaves turn brown (they’ll be burnt and bitter) Remove from oven, sprinkle with salt and serve.

Veronica’s Note: I should add that these should be eaten as soon as they’re cooled and not stored.  If you put them in an airtight container or baggie, they will lose their crispness.  OK, I actually don’t have first-hand knowledge of this since we eat the whole batch as soon as it’s out of the oven, no matter how big it is, but I’ve read it somewhere and it makes sense to me. Just thought I’d give you a heads-up!