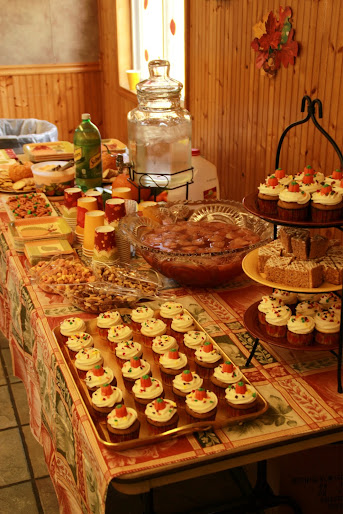 There’s probably not a huge need amongst the masses for an ice-cold autumnal punch recipe, since usually you want to start drinking hot beverages when the weather cools, but this is a nice refreshing drink that is a great alternative to serve at holiday gatherings. Thanksgiving, even?  My sister, Lacey (that’s her hands pouring the punch below), mixed up a big punch-bowl full for my Lil’ Pumpkin Baby Shower and there was hardly a drop left by the end.  It was so perfect with the pumpkin cupcakes and the entire theme and tasted wonderful! 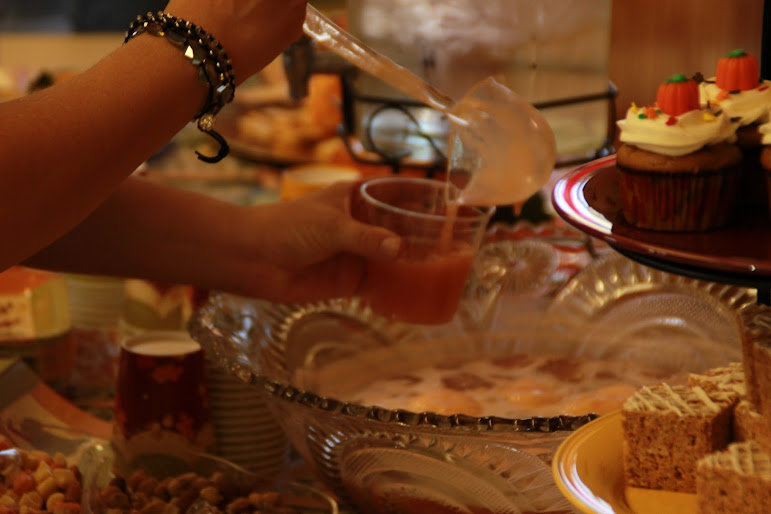 And if you’re in need of more Thanksgiving recipes, I’ve updated my current favorites on the side bar. I love everything over there and can’t wait to eat some of it soon! Gobble gobble! :D 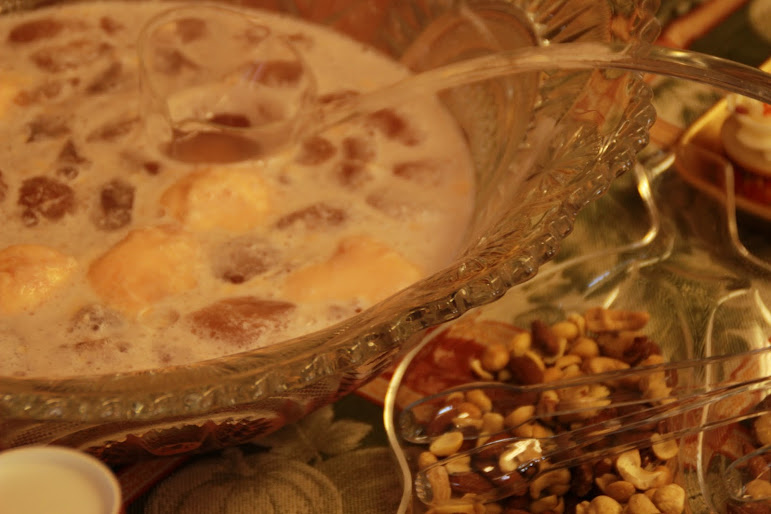 Combine the apple cider, cranberry juice, and ginger ale in a large punch bowl.  Scoop the orange sherbet on top and allow to sit for at least half an hour before serving.  Stir the sherbet into the punch and serve.  Fills 1 large punch bowl.

*Veronica’s notes: I made ice cubes by freezing two batches of the single serving recipe for this punch linked to below, however the ice cubes aren’t really necessary with the orange sherbet, which keeps the punch cold. Also, Dennis added the sherbet and only used half of the half gallon, but I think it would be best with a full half gallon.

Other favorite autumn drinks from my archives… 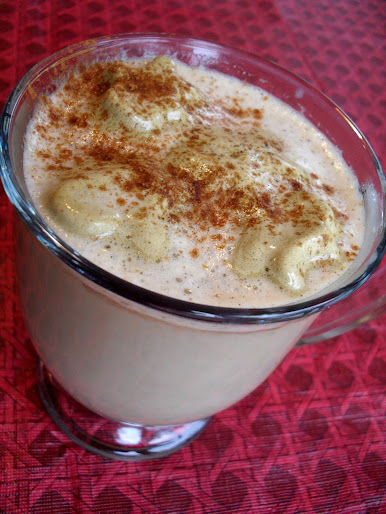 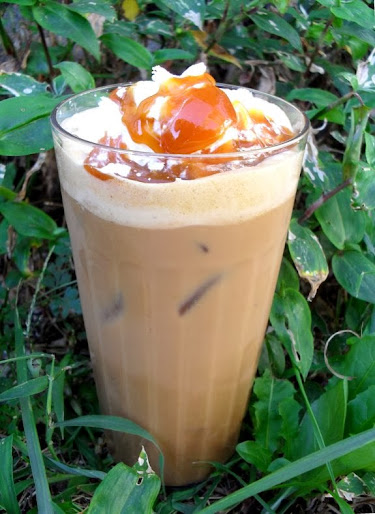 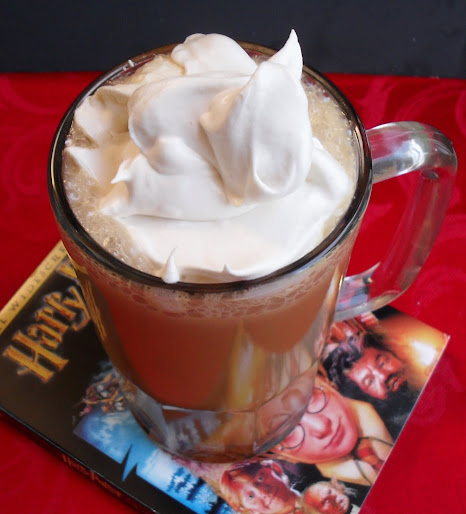 Am I the only one who thinks things like apple cider & pumpkin pie are fall treats and aren’t meant to be enjoyed after Thanksgiving?  Kind of like wearing white after labor day, it shouldn’t be done? I’m sort of hoping I am the only one who thinks this way, because otherwise this wonderful recipe won’t be tried in time and will be long forgotten when fall rolls around next year.

If you have the ingredients on hand, I urge you to make these before the official fall eating season has turned to Christmas eating (for me, that means the apple cider and pumpkin are replaced by egg nog and chocolate…lots of chocolate).  They are simple so you could even serve them on Thanksgiving morning without over-taxing yourself.  And the sugar buzz will get your long day of cooking off to a nice start.

Preheat oil in deep fryer to 375 degrees F. (I just filled a skillet half full of oil and heated it.  Be sure to check the temperature with a candy thermometer.)

On floured surface, knead dough several times and roll to 1/2-inch thick.  Cut with donut cutter (I used a large & tiny biscuit cutter, or you could use a glass & a pop cap or  use the handle of a wooden spoon to poke a hole).  Drop into hot oil & cook until golden brown, turn, and cook the other side until golden brown.  Keep the candy thermometer in the oil and adjust the heat on the burner as necessary to keep the temperature steady.  You don’t want to let the oil get too hot or it will burn the doughnuts before they have a chance to cook in the middle.  Don’t forget to cook those donut holes as well!  Waste not…)

Drain on paper towels.  Frost or roll in a cinnamon-sugar mixture.  I mixed 1 cup sugar with 1 teaspoon of cinnamon for the coating.