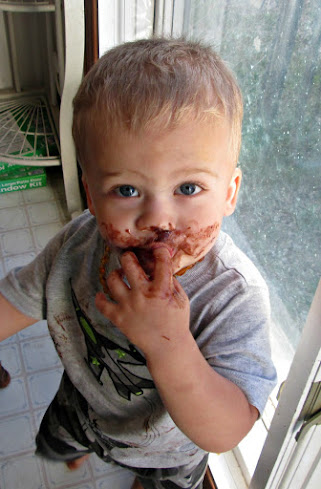 A friend of mine recently did a post called, “Confessions of a Toddler Mom” and I just loved it so much, I’m totally stealing her idea for today.  I’ll be he first to admit I’m far from a perfect mother… 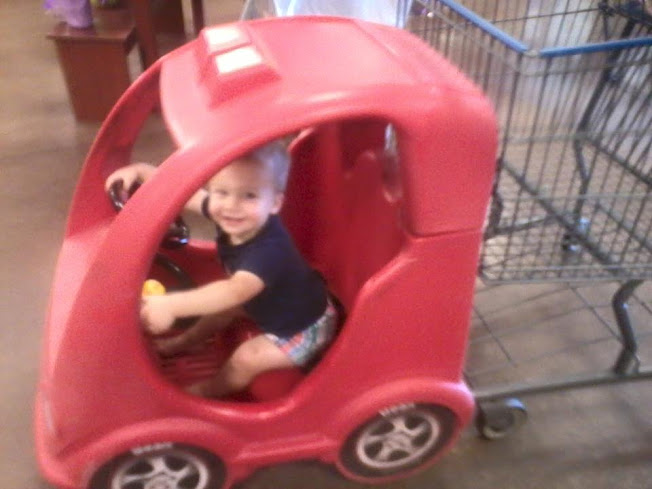 I don’t always (OK, hardly ever) use the safety strap on shopping carts. Or changing tables. And not always on the stroller, either. 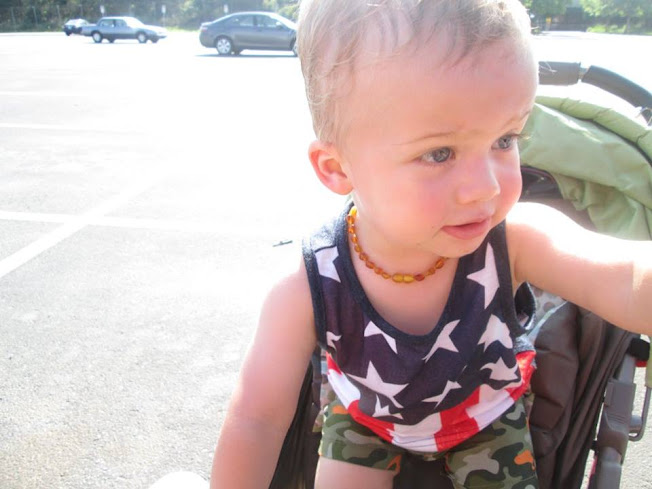 Meet one of my son’s milk cups. 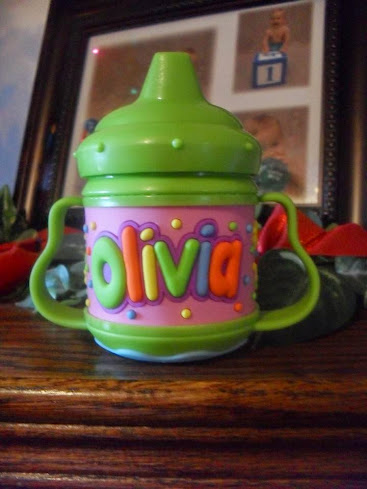 Speaking of beverage containers, I use my “cleansing bottle” I came home with from the hospital as his water bottle. Moms who’ve given birth the “traditional way” know what I’m talking about. 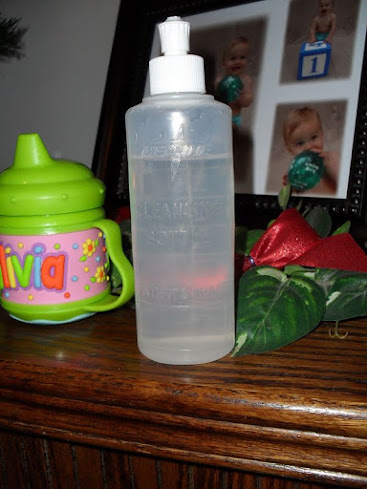 I make people uncomfortable by taking my son to watch them work outside at close range, just standing there and staring. Because he loves it. 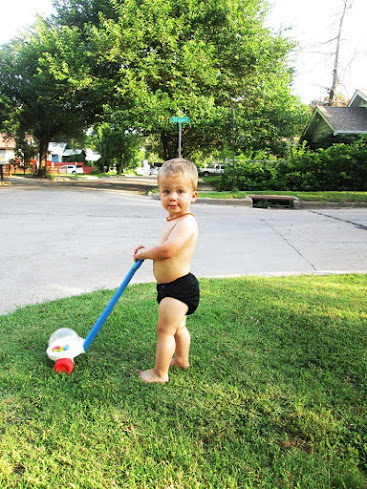 I let our dog do the first rinse on his hands after a meal. 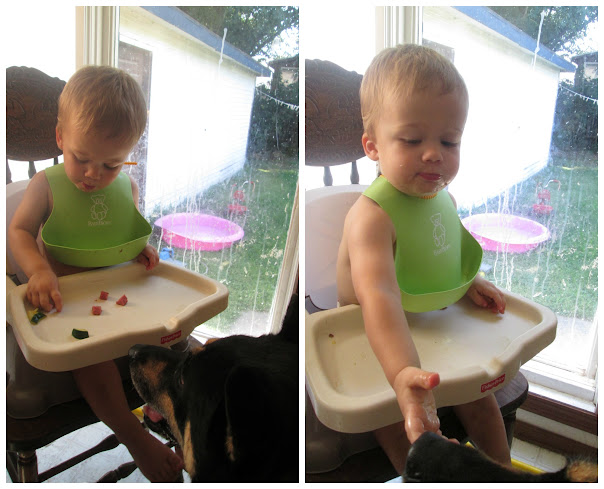 I also never wash the windows.

I let him make loud sounds at Petsmart and in public restrooms so he can hear his voice echo. I may even make the same sounds back at him sometimes. (All the time.) 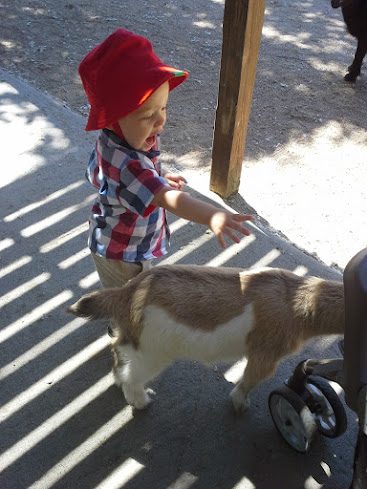 I get annoyed when his nap doesn’t last at least an hour. 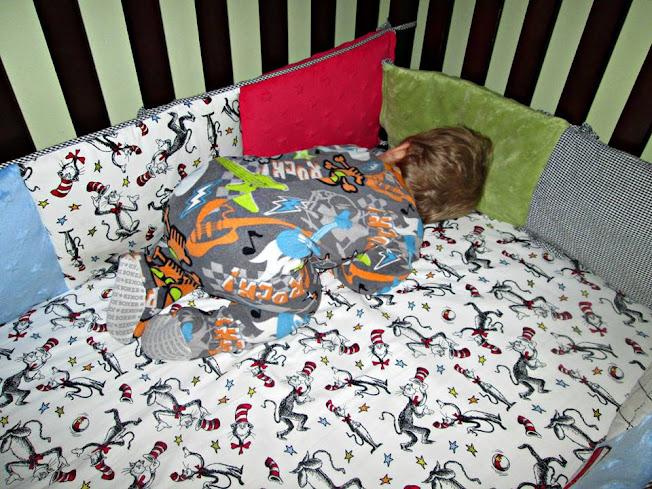 But when it lasts longer, I get anxious waiting to see his face again and catch myself continuously glancing at the clock. 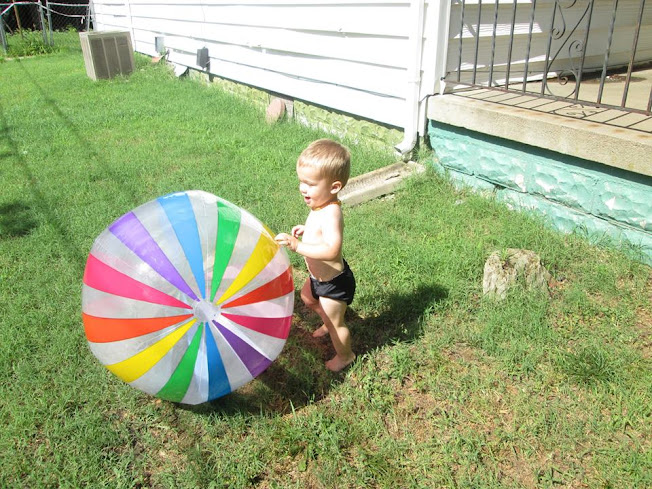 When I need a break, I send him outside to play with Jessie.  If he’s content for more than five minutes, I generally find him smeared in poop or covered in dirt, but it’s totally worth it. 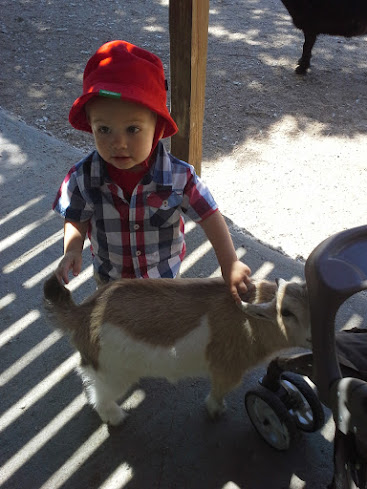 I have plotted evil things against the ice cream man, tree trimmers, neighbors, and relatives, for making noise during nap time.

I have done the following to get him to eat: let him run around free with it (i.e. food smears & crumbs everywhere), bribed him with sweets to get him to try something new, and shoved food into his mouth while he was screaming and crying. 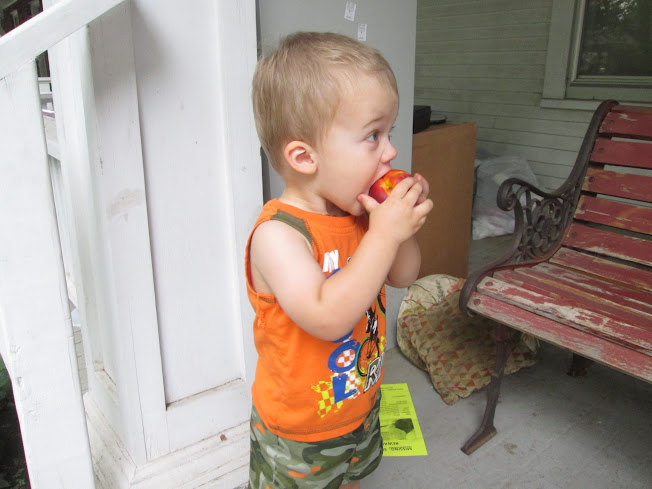 On hard days I count down the minutes…and seconds…until bed time.

I’ve attempted to use the TV as a babysitter.  And really wished it had worked.

I let him jump on the bed, climb, explore, and destroy far more than I planned to. 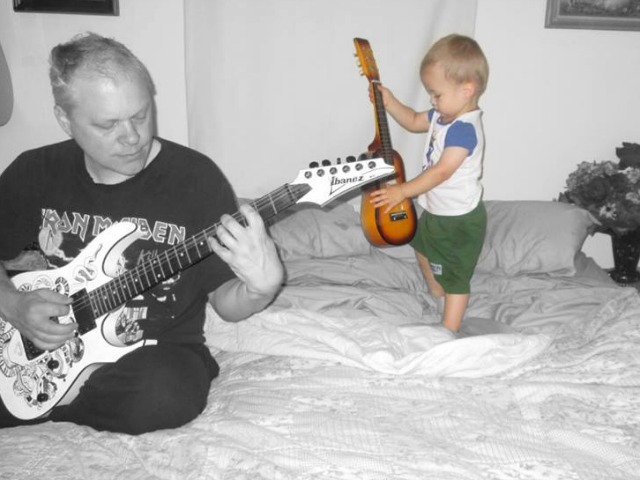 I don’t feed him organic very often, and I use don’t eschew sugar.

I still hold him like a baby before nap and bedtime, and give him a sippy cup of milk just like I used to do with his bottle. I can’t. stop.

And sometimes (a lot of times), I just embrace the mess. 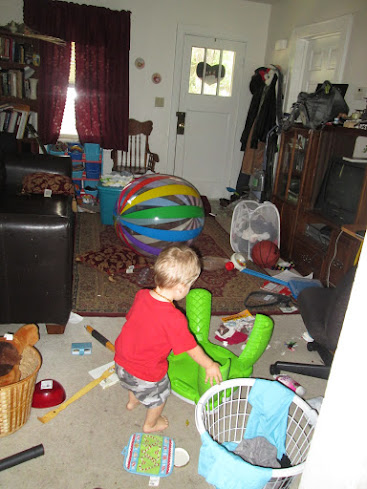 I have a kitchen addiction and love to collect & share recipes. My passion is baking but I love to cook as well. The only thing I don't like to do in the kitchen is wash dishes, but my husband generally does them for me in exchange for his dinner.
View all posts by Veronica »
← Quick Coconut Oil & Kahlua Brownies
Cake Batter Lovins →