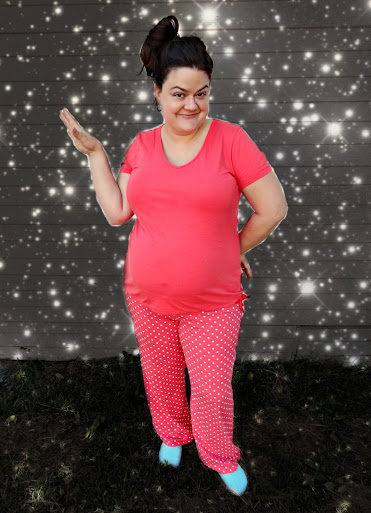 I was taking my Sunday nap and just couldn’t get motivated to pretty myself up for the mandatory photos, so I rolled out of bed in my PJ’s and fluffy blue socks, and went straight into photo shoot mode so I could go back to bed as quickly as possible.  Sleep trumps trying to look good! 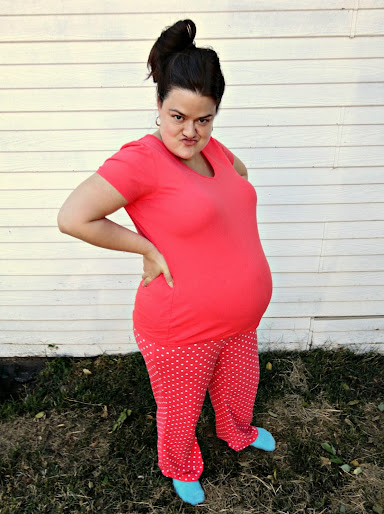 OK, so maybe I was trying to look even worse than I had to – lol.

So I got my first weird craving.  We’ve all heard of pickles and ice cream (does anyone ever really crave that combo?), but since I don’t really like ice cream and haven’t liked sweet stuff, period, for most of my pregnancy, that never happened.  But last week I suddenly had to have slices of cheddar cheese dipped in salsa.  It was so good! lol  OK, I guess another weird thing I really like is potato chunks boiled in salted water, then tossed with some vinegar (I discovered this from making American Potato Salad – the first and second time I made it I could hardly resist eating all the potato chunks before finishing the recipe).  Oh man. 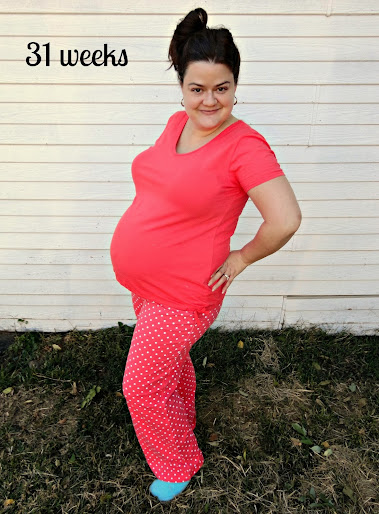 Last week we toured Wesley’s birthing center, which is separate from the hospital, and also the birthing floor inside the hospital since I’m high risk and will likely be delivering there instead.  A slow anxiety has been growing in me about the upcoming D-day (delivery day, lol), but touring the place I will be delivering helped a lot.  Being familiar with my surroundings will help put me at ease more than going into this with everything being new.  They also do everything they can to accommodate your wishes during the birthing experience, and it was relieving to know that, despite not really knowing what I want yet. 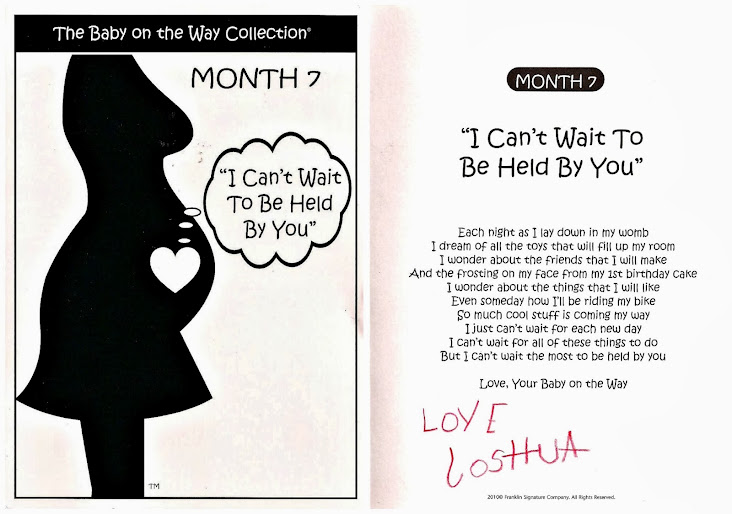 Remember the cards we get from our “son” each month?  I don’t want to say who really sends them because she reads this blog and I’m playing along, but I just got month 7 and get choked up every time I read it.  Favorite so far, though others have made me cry too. :)  I just can’t believe after so many years of waiting, we only have two more months to go before we can hold our baby.  It’s getting so real now.  I’m excited, nervous, anxious, terrified.  I don’t want D-day to come too soon, but man it’s going to be awesome when it does. :)

I have a kitchen addiction and love to collect & share recipes. My passion is baking but I love to cook as well. The only thing I don't like to do in the kitchen is wash dishes, but my husband generally does them for me in exchange for his dinner.
View all posts by Veronica »
← Banana Bread Bars
Thankful Thursday #116: birthday cake →