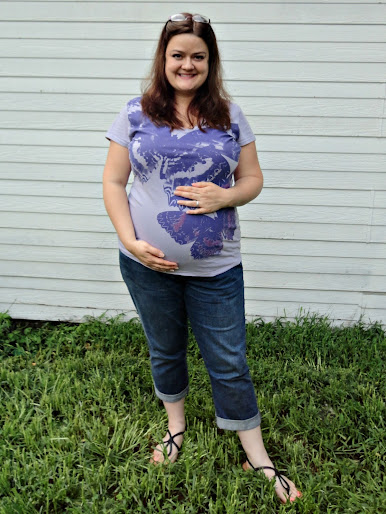 I was beginning to think I was going to be like one of those “I didn’t know I was pregnant!” women and never feel the baby moving inside me, but at long last, on August 1st at 3 AM when I laid down to go to sleep, Joshua made his presence known!  I felt these light pops in my lower abdomen and it only took me a few seconds to realize it was Joshua kicking or boxing in my belly. :)

At first it was a little freaky. Something out of the movie Alien.  Another being moving inside me – weird!  But by the end of the day, I loved the feeling and it was really hard not to talk to Joshua every time I felt him moving while I was at work.  We have a totally silent work environment (we are on a large floor, all stationed at small cubicles and doing our data entry while listening to MP3 or CD players) so I kept mostly silent to avoid strange looks.  Though I couldn’t help whispering, “What are you doing in there, Joshua?” once. :) 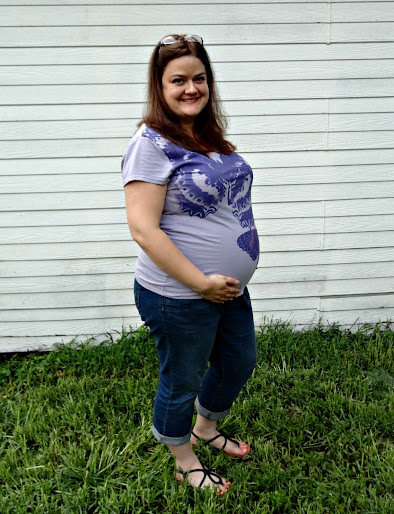 The kicks come so fast I imagine him kicking his feet like flippers, like he’s practicing to swim, so I keep telling people he’s going to be a swimmer and already training for the Olympics.  Kinda fun to imagine him so far down the road, but he’ll probably be a chess enthusiast or a hunter-lol!  You never know.  But feeling him makes him all the more real and it’s easier to imagine having him in my arms in another 18 weeks.

Yesterday at church, I had my hands folded over my belly and at one point, Joshua moved my hand!  That was the first time I felt him from the outside so I’m hopeful that soon Dennis will be able to catch him moving too. 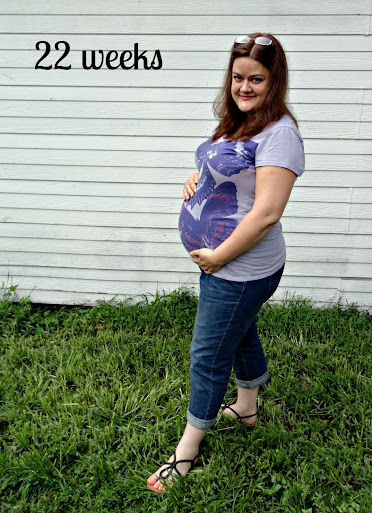 I’ve come to the following conclusions about our son, based on his movements: he is going to be a swimmer, he loves snacks (he’s more active after snacks than bigger meals), and he gets cranky if Mama waits too long between meals.  I ate a very late breakfast (3 pm) on Saturday and boy, he was moving more than ever, and probably yanking on the umbilical cord and wondering when I was going to send some food down the line-lol.  He finally settled down once I ate.

I have to say feeling him makes me a lot more aware of his comfort level, and I’ve started to worry about going to long without eating, and also what he might experience when I have low blood sugar.  Something to ask the doctor at my next appointment. I desperately hope he doesn’t feel the same thing I feel when it happens. 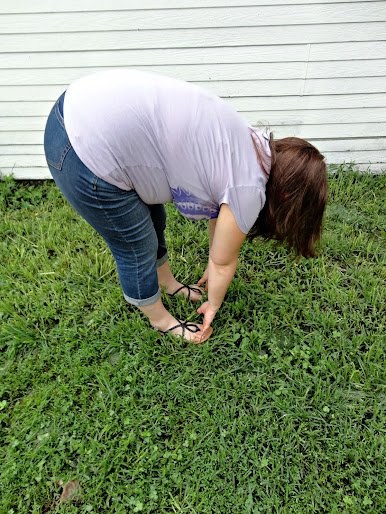 I can still touch my toes! Though it’s not comfortable.

And just so the Daddy-to-be isn’t left out, here he is at 22 weeks, his hair a bit darker thanks to his wife’s meddling ways.  I need to learn to leave well enough alone-it’s so weird for him to have brown hair.  He’s a natural blonde turned silver, so dark hair just seems a little strange, though not bad. Just not completely right-lol.  Still, he’s my sexy beast! 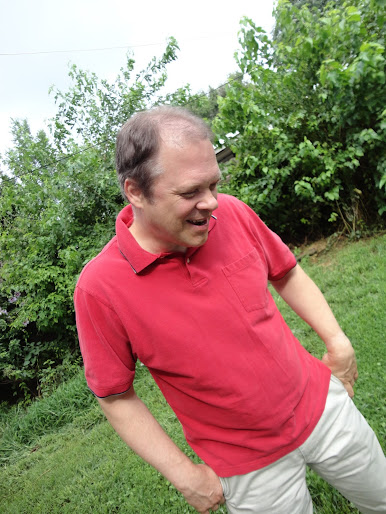 I have a kitchen addiction and love to collect & share recipes. My passion is baking but I love to cook as well. The only thing I don't like to do in the kitchen is wash dishes, but my husband generally does them for me in exchange for his dinner.
View all posts by Veronica »
← The Masters Pimento Cheese
Bread Machine Rye Bread →