It has been nearly two months since I last posted a recipe! Time flies when you’re having fun. :)

Today, I thought I’d share some pictures of the little guy that I like to blame for my lack of blogging.  We had some professional photos back in March and I thought it was about time I showed off my handsome little man in his suit he got from his Nana D!

This little guy constantly amazes me how much he seems to learn every day!  I think I still expect him to be an immobile, uncomprehending infant, and can’t stop marveling that he now understands and responds to nearly everything I say.

He’s not talking much, though he does repeat things in his own language.  The things he can say that are recognizable are Dada, Mama, Yaya (Jessie), ah dah (all done), yeah, duck (although he says duck duck, never just duck), that that (he does this while pointing, indicating excitement, as with big trucks, or because he wants to know what something is), mo (more).  The only animal sound he will make is a dog panting and barking. Dogs are the only animal worthy of imitation, obviously.

His favorite foods are cheddar cheese (has been since he first had some), corn, tomatoes, fried eggs, grilled cheese sandwiches , my potato and onion hash, and all fruit, especially berries and watermelon.  He gets a kick out of making slurpy sounds while eating watermelon.

He loves to help.  He recently helped me make a loaf of banana bread, sifting the dry ingredients, cracking eggs (with Mom’s help) and stirring…and licking the spatula.  I think licking is his favorite way to help, especially when we make brownies.  He also loves to help clean, and loves to put ice in my cup (our cup) for me.  I’m working on letting him help in more ways.

He got his first burn by touching the mower’s muffler after Dennis mowed, before it had cooled.  He burnt his other hand the next week on my flat iron, and then got his first cut after breaking a porcelain decoration in the kitchen (did I mention the climbing yet? He was climbing on the kitchen chairs and pulled something down off the table) and trying to help clean up the mess.  And the climbing!!!  Oohhhh the climbing. I hope he survives the climbing. 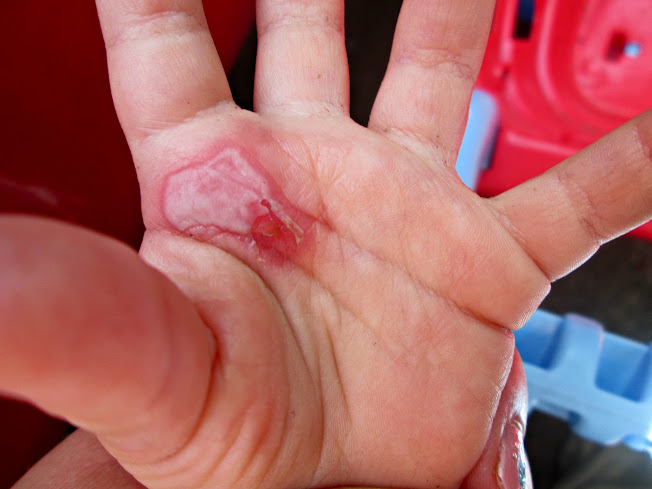 People often ask me if he’s always so happy.  Pretty much!  He is such a good-natured little guy, although he has his daily fits as well, not gonna lie.  Things that set him off are taking something away that he really wants (like Jessie’s leash, he loves walking her), or not opening the door when he wants to go outside (outside is his favorite) or the door to the car (pretending to drive is also his favorite). OR DIAPER CHANGES.  Diaper change = war, in this house. 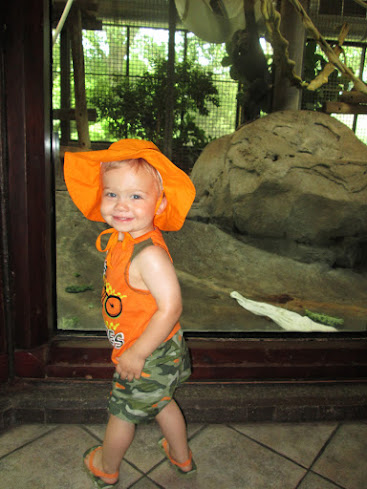 We joined a new church and we love that there are lots of kids there.  The photo below wasn’t taken at church, but at a fish fry with all our church friends, and it’s so nice to see Joshua playing with other kids.  We will not be able to give him a sibling unless God gives us another huge miracle, so it does my heart good to see him playing with other little kids. 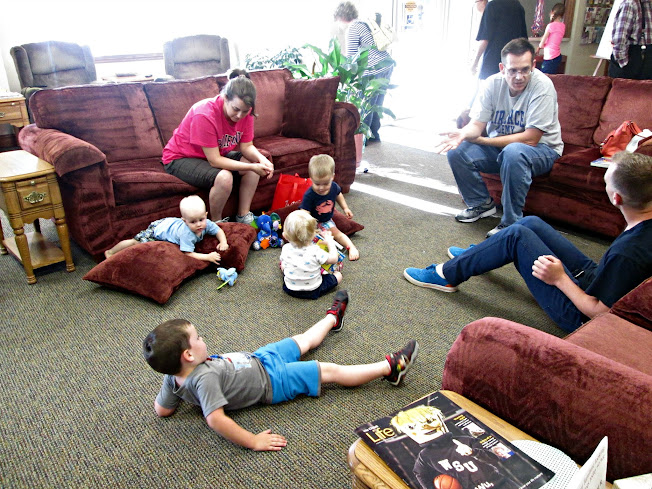 And if you can only have one kid, it’s hard to complain when you get such a stellar one. To this day I still look at Dennis and say, “Can you even believe we have him?”  I think I will die with that amazement still in my heart.  Thank you, God. 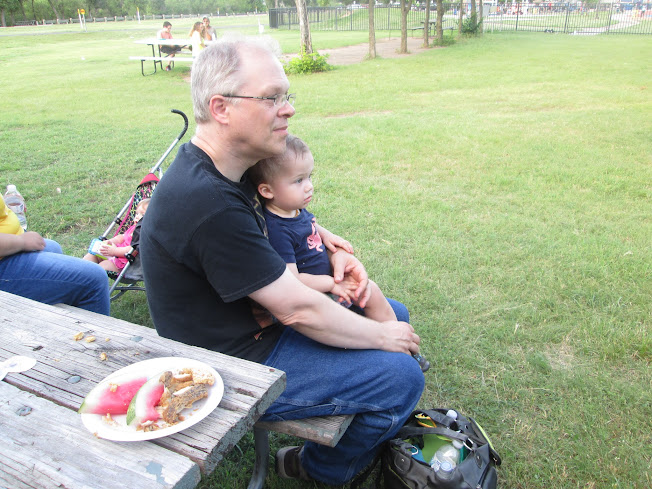 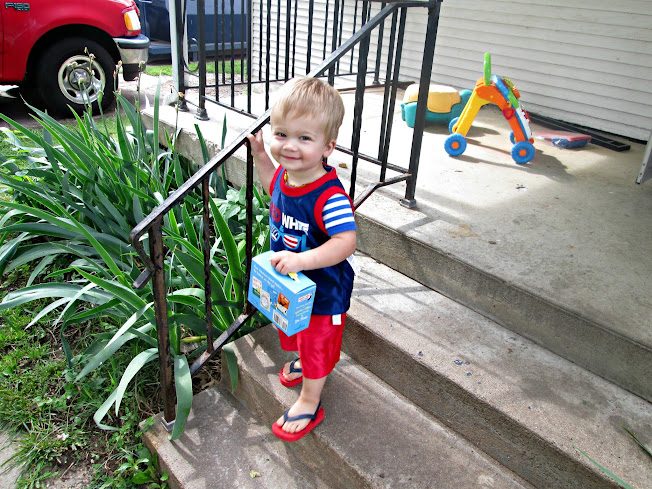 Be sure to check back Monday, I do have a recipe ready to share, and it’s a doozy!

I have a kitchen addiction and love to collect & share recipes. My passion is baking but I love to cook as well. The only thing I don't like to do in the kitchen is wash dishes, but my husband generally does them for me in exchange for his dinner.
View all posts by Veronica »
← Banana Muffins of Perfection
Coconut Oil Chocolate Chip Cookies →