I was assigned to Saundra’s blog, Famished Fish, Finicky Shark, for the Secret Recipe Club’s Cookie Carnival. I found her recipe for Sweet Potato Cookies just after having bought a bunch of sweet potatoes on sale. I adore sweet potatoes and love baking with them (and eating them baked, and in stew, and in a casserole, and even raw cut into sticks….try it before you make that face). So sweet potato cookies – I was all over it. 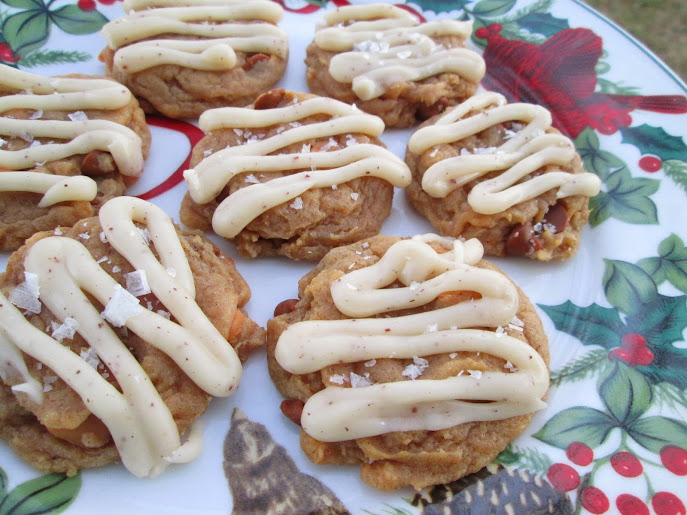 What impressed me about this recipe is not only does it have sweet potatoes, which is totally unique and fun, but Saundra came up with this recipe herself.  There was no link to credit her recipe elsewhere, and I have to admit, I was skeptical. Seriously, who makes a recipe for something like sweet potato cookies and gets it right the first time?! Did she really just say “oh, I’ll throw this butter in here and add some sugars and flour and sweet potato and other sundry and various awesomnesses,” and then shazam! There was magic? Apparently so, because I went a-Googling and could find no recipe like hers anywhere. Um, Saundra? You’s be amazin’.  If I tried to do some shazam’ing like you did, there would have been a big sha-THUD and  no zam to be found. 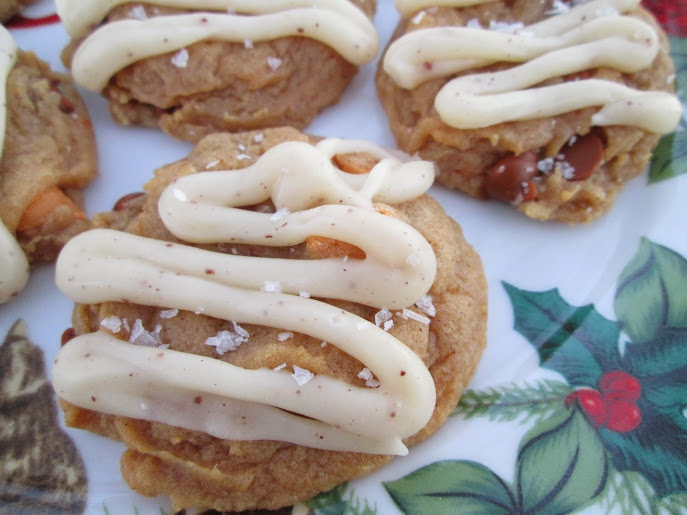 So I should have left well enough alone because as we already know, Saundra is the amazing one, but I didn’t have enough butterscotch chips so I did some tinkering.  I will say I LOVED this base cookie recipe sans chips. So much love.  I could have just eaten the entire batch of dough by itself. Like wow.  It’s soft and tender and not very cakey like I’d expected.  Perhaps because I didn’t make her recipe according the original ingredients, I would have preferred this without any chips at all and just the glaze.  Both of them made it too sweet.  So make your choice, I would either go with her original recipe, or make mine with the glaze but leave out the chips. 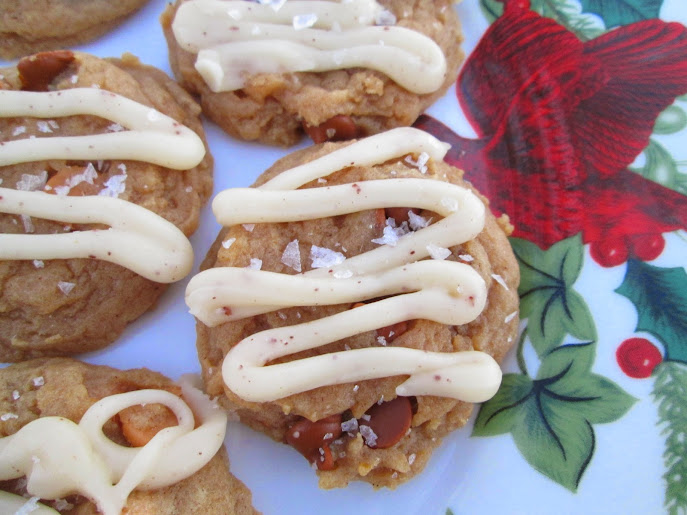 I sent these to some friends in the mail along with my award winning chocolate chip cookies and fudge brownies, and one friend’s husband chose these as his favorite of all three so even being oversweet, they are pretty darn good to outrank two of the best things I make!  Thanks for sharing this fun and delicious recipe, Saundra! 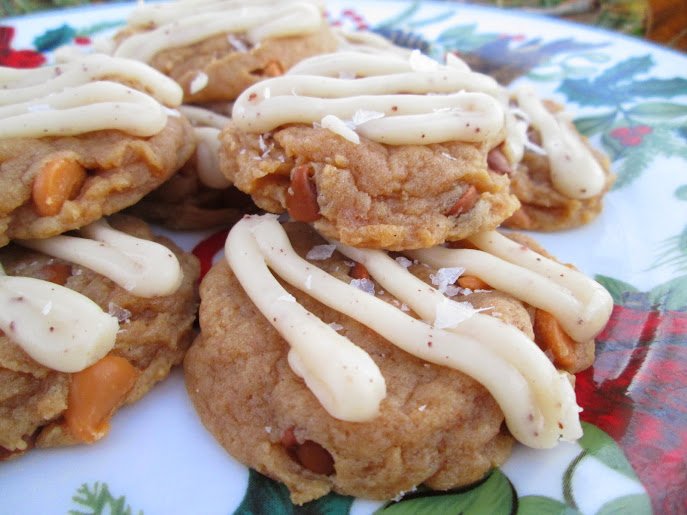 To make the sweet potato puree, peel a large sweet potato or two medium and cut into chunks. Cover with water in a saucepan and boil until very tender, 10-15 minutes. Drain and measure out 1 ½ cups- if you have extra, set it aside for another use. Mash with a fork in a mixing bowl along with the butter to melt it into the potatoes.

Add the salt, pumpkin pie spice, and the sugars. Beat for several minutes until lightened and fluffy. Add the baking soda, baking powder, and vanilla, beating until well combined. Ad the flour and stir it in. When nearly mixed, add the chips and stir until incorporated.

Using a small cookie scoop, place the cookies evenly spaced apart on prepared cookie sheet and press down with fingers to flatten slightly. Bake for 8 minutes, or until they are starting to puff but still look ever so slightly underdone. Allow to cool on cookie sheet 5 minutes before removing to a wire rack to cool completely-they will be very soft. Repeat with remaining dough.

To make the glaze, melt the butter in a small saucepan and continue cooking over medium heat, stirring frequently, until the solids separate and turn a deep brown and the butter turns golden. Stir in the sugar and vanilla until as mixed as you can get it, smashing out lumps, then add cream a teaspoon at a time until you get your desired drizzling consistency. Drizzle over cooled cookies or put in a Ziploc bag, snip the corner, and squeeze over the cookies. 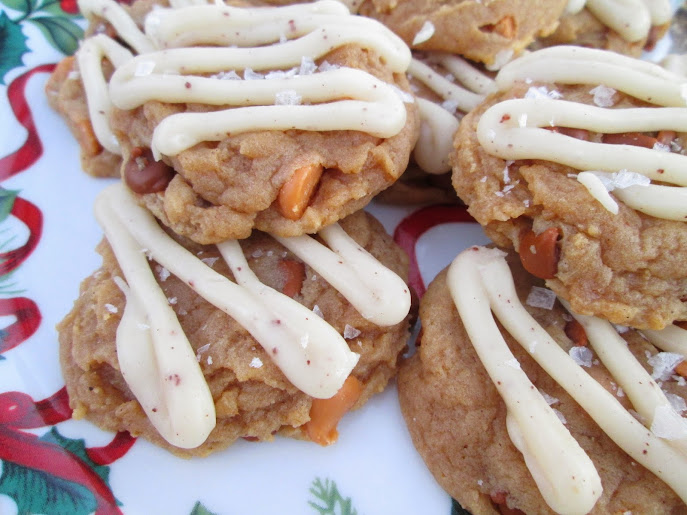 I have a kitchen addiction and love to collect & share recipes. My passion is baking but I love to cook as well. The only thing I don't like to do in the kitchen is wash dishes, but my husband generally does them for me in exchange for his dinner.
View all posts by Veronica »
← Joshua’s First Year
Merry Christmas! →