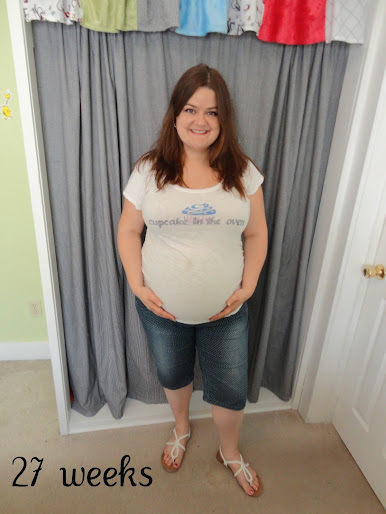 Well I’ve made it to the third trimester! I’m so glad I still have three months left with Joshua in my belly – I want it to last forever.  For now.  :)  I’m sure I’ll want every stage of his life to last forever!  I remember when my little sister was a baby, I wished she would just stay that way and never grow up.  I was already a Mom at 6 and she was my little baby I wanted to keep that way. lol 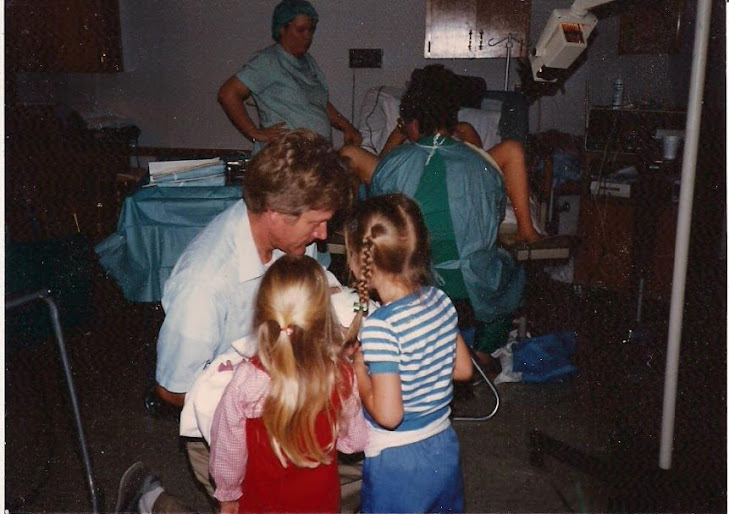 This is Dad introducing us to our little sister in the delivery room (we actually got to see the birth and took classes beforehand to prepare for it). I’m on the right, Danielle on the left. 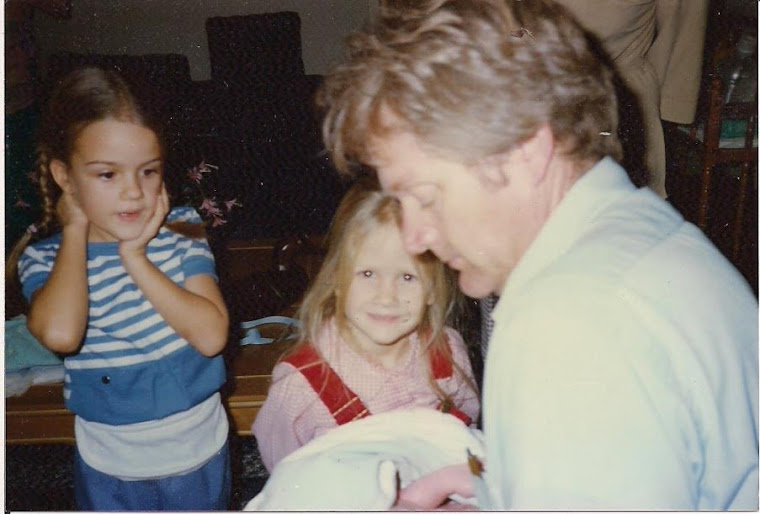 I was totally in awe of this little baby!  This could have been the exact moment that I realized I wanted to be a Mom. By contrast, Danielle decided she would never be a Mom, and still holds to that decision. I think Mom being in labor scarred her for life-lol.

So I’m doing much better now, despite a rough weekend.  I stayed up until 5 in the morning after I got home Thursday night because I had to bake my chocolate cake twice (the first time I underbaked it).  I went to bed and two hours later, got up to get ready to take my cake to the fair.  We got showered and dressed, and when I retrieved my cake from the refrigerator, I said, “Well, I guess I’m not entering the chocolate cake contest after all.” 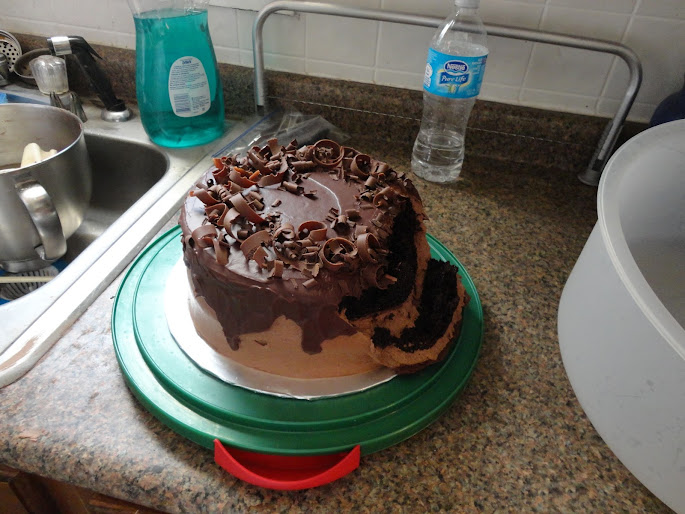 I’d had trouble getting the cakes out of the pan and the top one cracked a little bit so it became a weak link that couldn’t hold up to the weight of the frosting and that cracked piece just fell off while I slept.  It was so upsetting, I couldn’t even get upset.  I was in shock, and also I was grateful in a way that I could go back to sleep since I now had no reason to go to the fair so early.  So we got a couple more hours sleep and headed to Hutchinson.  Because we took the day off for the fair and we weren’t going to waste it.  Besides, we had tickets to see Kansas in concert that night! :) 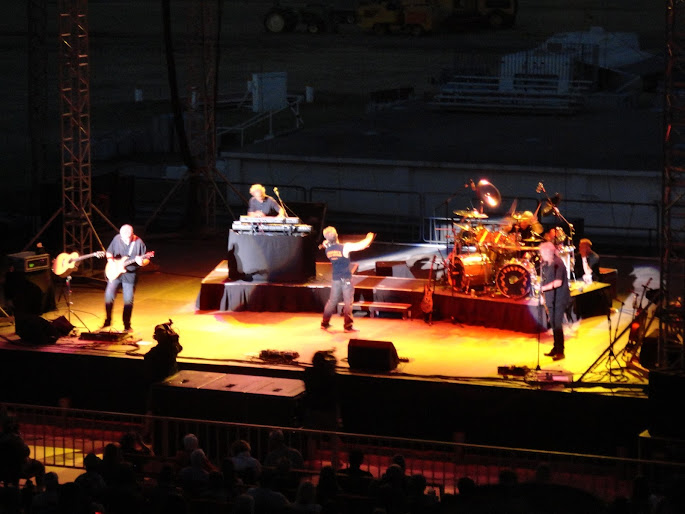 I had a great, sweaty, and exhausting time at the fair, and hardly regretted my caketastrophy.  There’s always next year! :)  The concert was so, so good.  I only knew three songs they played because I’ve never been familiar with their music (I know, for shame living in KS, right?), but wow.  They are incredible musicians, and why doesn’t every band have a violinist?  It adds so much to the sound.  I put together a short video of clips from their concert, which  you can see here if you like. 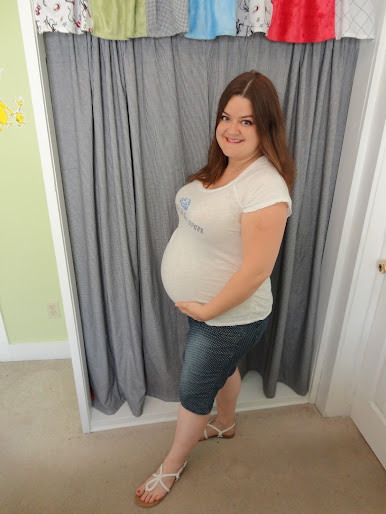 The next day we got up bright and early, and completely exhausted, for our sonogram.  And got to see baby Joshua in 3D!  This made the weekend fantastic.

Here he is in 2D with his legs curled up so his feet are almost to his head!  So cute. 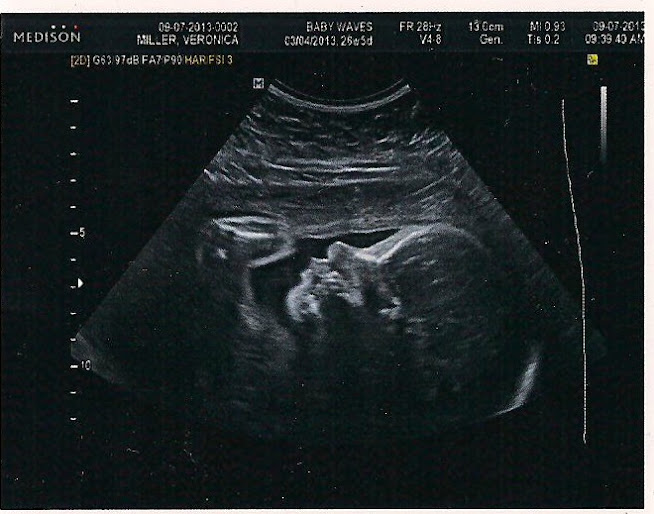 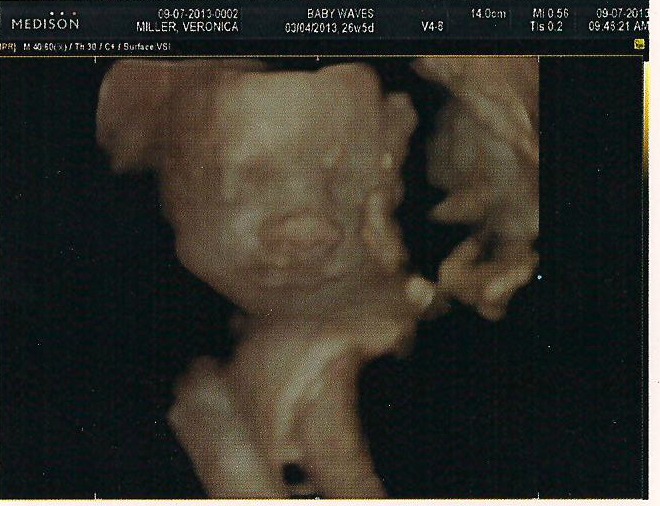 Look at that huge nose!  Remind you of anyone? 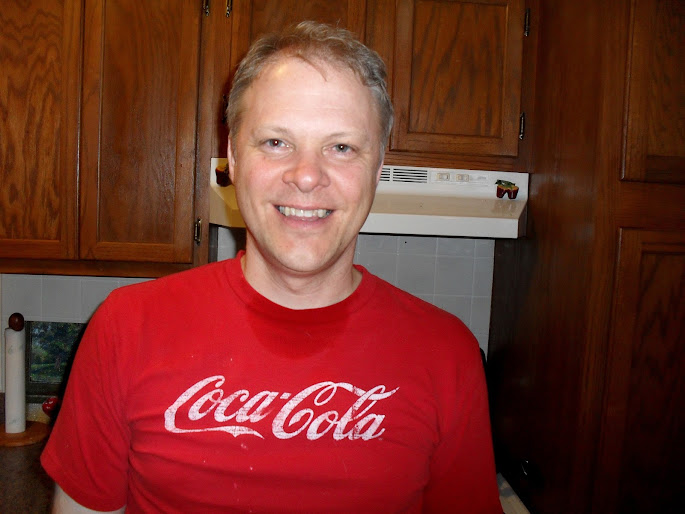 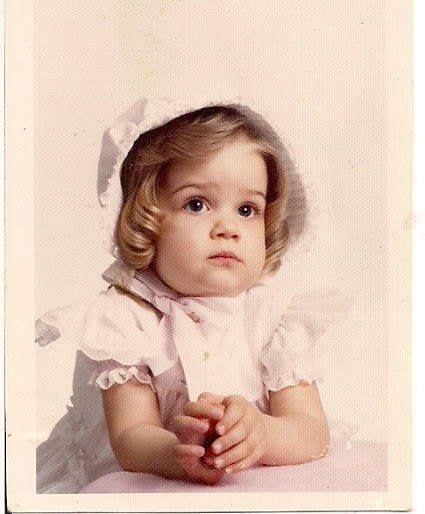 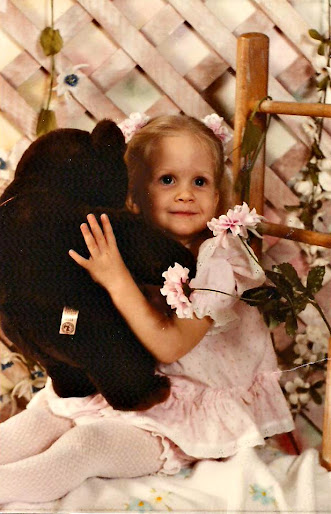 Between us, the kid didn’t have a chance.  But he’ll probably grow into his nose and wear it just as well as the rest of us.  :) 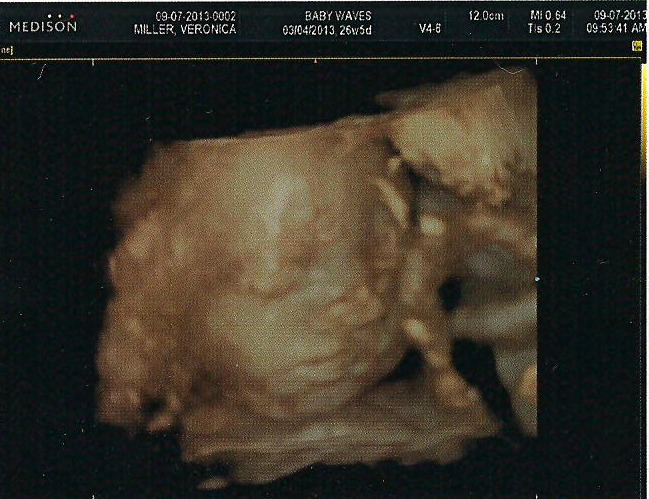 I may have helped him out with a fat nose, but at least he didn’t get my skinny lips! Love those fat lips!

He slept through the sonogram and was imperturbable when the sonographer tried to jostle him awake by pushing on my belly with the wand and wiggling it around four different times.  He would just stretch or readjust and never moved more than that.  I told everyone that means he’s going to be a calm baby. :)  I really think he will be, and hopefully the same mother’s intuition that told me he was a boy will hold out for the calm baby thing as well.  I really feel he will be!  I hope I don’t have to eat my words.  lol 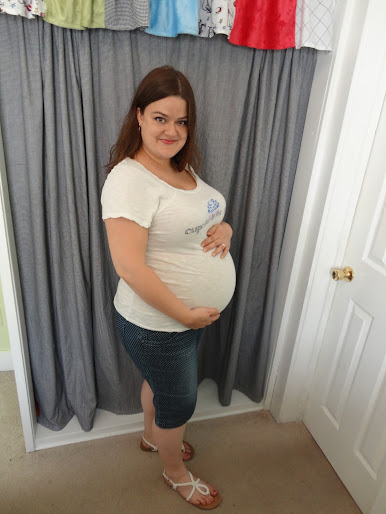 I had to go to work after the sonogram, and got so sick while I was there.  Another stomach bug!  I got sick Thursday but was better Friday so I thought it was the goat cheese I’d forced myself to eat (I deplore goat cheese but am trying to make myself like it).  But the sickness came back in full force on Saturday and I barely made it through the work day.  By Sunday morning, I finally figured out it wasn’t anything I ate and it was time for another potato cure.  Dennis bought me some yogurt and a few hours later, I was all better and taking pictures for you guys. :) 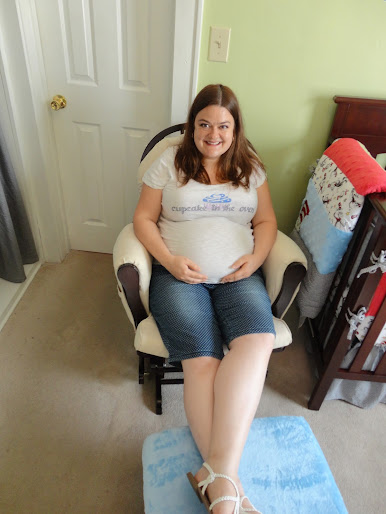 I’m sure you’ve noticed my environment and have been waiting for me to say something about the nursery, which I’m obviously standing/sitting in.  Well too bad! I’ll have that for you tomorrow. Pinky swear. :)

I have a kitchen addiction and love to collect & share recipes. My passion is baking but I love to cook as well. The only thing I don't like to do in the kitchen is wash dishes, but my husband generally does them for me in exchange for his dinner.
View all posts by Veronica »
← Blah blah ooh lala
Joshua’s Nursery →