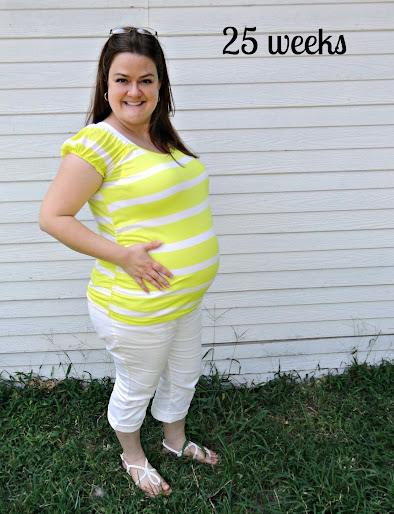 Two strangers recognized my pregnancy last week!  First time that’s happened, so I guess that’s the upside to having a big belly – people are no longer embarrassed to ask how far along you are, or when you’re due, for fear that you might just be fat and offend you with the question.  I’m to the point now that it must be kinda obvious. Ya think? haha 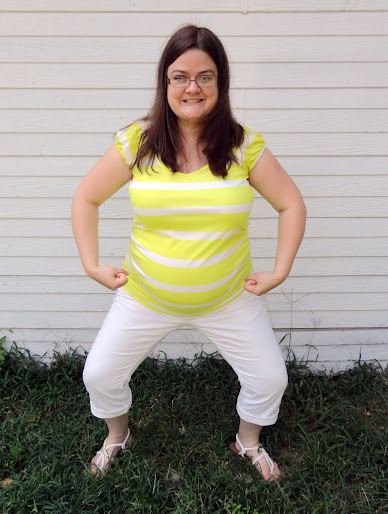 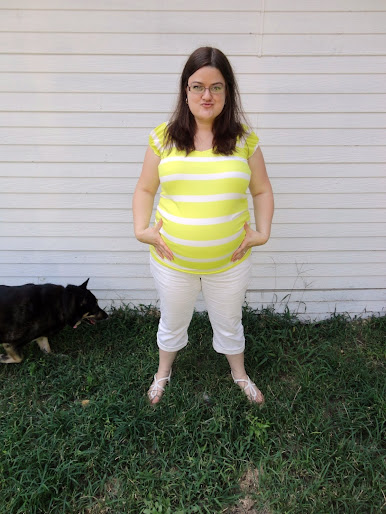 Joshua’s older sister wanted to get in on the maternity pics! :) 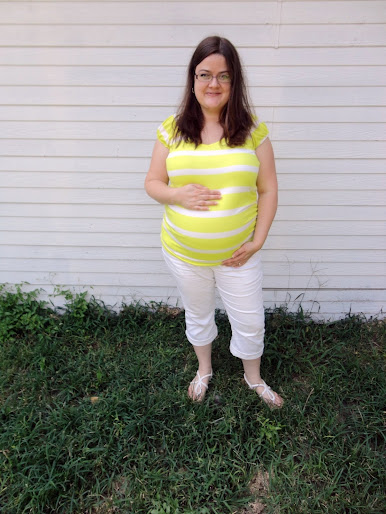 But the cashier checking me out at Aldi, who is from Germany and has a thick German accent, said, “You have a questionable belly.  You’re so tiny it’s hard to tell if you are just a little heavy or if there’s a baby in there.”  Have you ever noticed how people from foreign countries can say things that we might usually find rude, and they’re not offensive?  Something about having an accent and their straight-forwardness. They can get away with anything.  Anyway, I wouldn’t have been offended anyway because 1) she called me tiny – she’s my new BFF, and 2) there actually is a baby in there so there’s nothing for me to take offense to.  I told her yes, I was having a baby, and thanked her for calling me tiny since I’d been feeling so huge.  She laughed and said she gained 97 pounds with her last baby, and again said, “You are tiny!” waving her hand as a “get over yourself” kind of gesture.  That kind of put a damper on my enjoyment of being found tiny, since it was in comparison to an almost 100-pound weight gain, but I’ll take any compliment right now.  LOL! 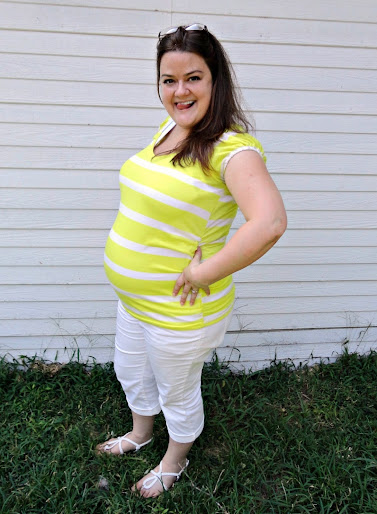 Oh and if you were wondering, my weight gain so far is either 10 lbs or 14 lbs, depending on if you ask my diabetes doctor or my Ob-Ggyn. Both numbers are based off of my visits with them in May, and I’m choosing to believe my diabetes doctor because I like his number better.  :)  Maybe I just go to the bathroom better before those visits or something? lol!  In any case, I’m not stressing about the scale.  Health-wise, my main concern is keeping my blood sugar at a normal level to prevent birth defects and I’m doing really well with that.  Though it is very challenging, I will admit! Anyway, my Mom and my sister both gained like 60 pounds with their pregnancies so as long as I don’t go that far (lol), and my doctors don’t start complaining, I’m not going to sweat it. 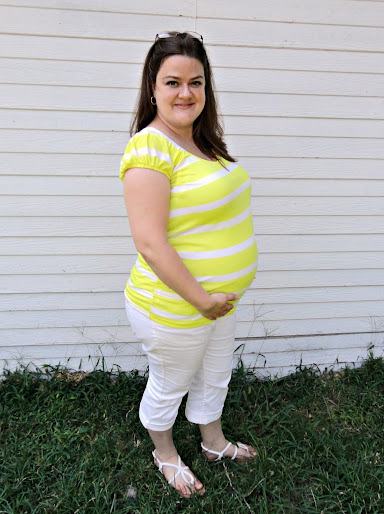 Speaking of doctors, I’m now far along enough that I have to see my diabetes doctor twice a month (instead of once a month).  I really am not happy about this, and will be even less happy when I also have to start seeing my OB twice a month, and then them both every single week during the last month.  Like I said before, I think the blissful part of pregnancy is over.  Now it’s getting real. lol  I keep wanting this to last as long as possible since it’s likely my only time I’ll get to experience it, but at the same time, I really think by the end I’ll be really super ready to give birth, if not just to end all the doctor visits. LOL! 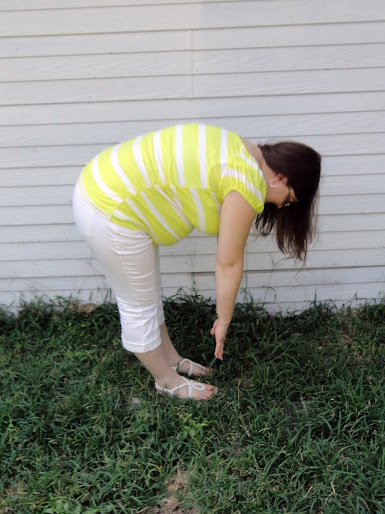 This is as far as I can comfortably reach now without bending my legs. 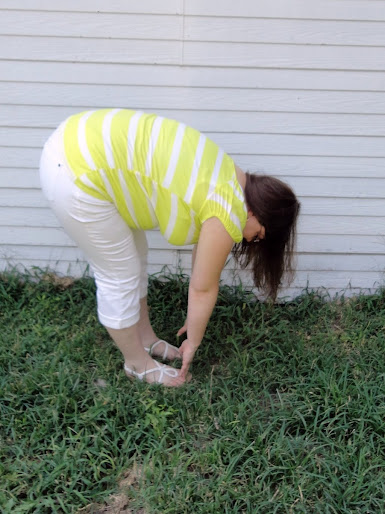 I now have to bend my knees a little to be able to reach my toes.  This whole toe-touching update started because I was determined to be able to reach them all the way to the end, so I could continue to do my own toe nails and have them pretty and polished while giving birth.  Well, I took my toenail polish off almost a month ago and still have my polishes (hot pink and pink sparkles to go over) laid out, ready to apply, and I just can’t force myself to do it.  Too much belly, and it’s really hard to get around.  So my pretty toenail days may be over for now, though I may have my sisters give me a pedicure near the end, like we did for Lacey before she had Owen (we did a whole foot spa thing and shaved her legs too, because we’re awesome like that).  I just want something pretty going on with myself when I go into the hospital to make me feel better about whatever kind of wreck I may or may not become while I’m there.  And don’t worry, my toenails are not my chief concern-lol. :) 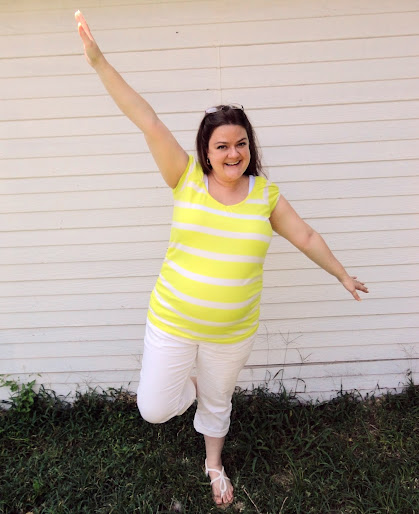 See all my previous updates here.

I have a kitchen addiction and love to collect & share recipes. My passion is baking but I love to cook as well. The only thing I don't like to do in the kitchen is wash dishes, but my husband generally does them for me in exchange for his dinner.
View all posts by Veronica »
← Thankful Thursday #113: brown paper packages & the happy
Tilapia with Chile Lime Butter →