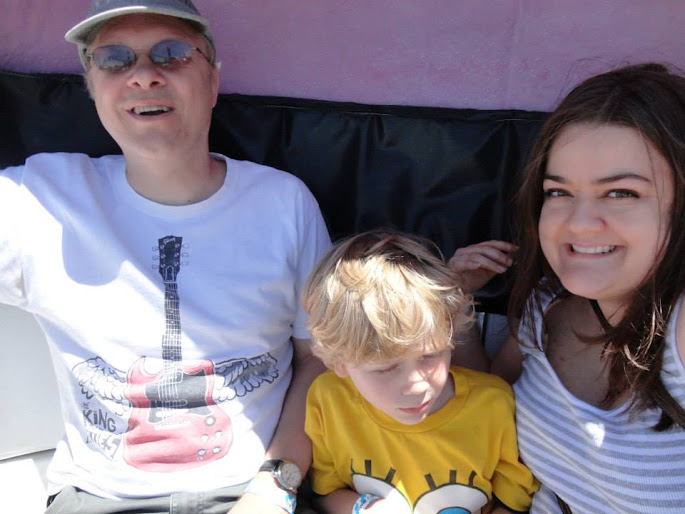 Though it’s not a secret, I’ve not shared before that Dennis took a long time to decide he was ready to become a Dad.  Yes, we were trying for ten years, but it wasn’t until we were seven years in that he confessed he didn’t feel ready to be a Dad.  My happiness (and he knew becoming a Mom was what I wanted more than anything) was more important to him than his own comfort level, so he just went along with it for that long, wanting me to be a Mom more than he didn’t want to be a Dad.  He even prayed for it, just for me!  And he never would have confessed if I hadn’t forced it – finally realizing that his going along didn’t necessarily mean he was with me 100%, I asked, and he didn’t lie.  This was both upsetting (we share everything! I couldn’t believe he didn’t tell me, and how could I have never asked?) and touching.  On the plus side, learning this did dampen my own desire for a child (for a couple years, anyway) so that I wasn’t even disappointed any more when it didn’t happen.

Last year, my desire for a child started to burn in earnest again, and thank God, it was also at this time Dennis finally told me that he was ready to become a Dad.  And how funny is it that only a year later, he’s becoming one?  Have you ever heard someone say that God’s timing is perfect?  Well…there you go.

For a man who spent 44 years not sure if he was cut out for children, he’s adapting well to the imminent prospect of one.  Everyone keeps asking, “Is Dennis excited?”  That’s hard to answer because although he doesn’t fit my female definition of excited (jumping up and down and squealing), I do believe he is excited in his Dennis way. 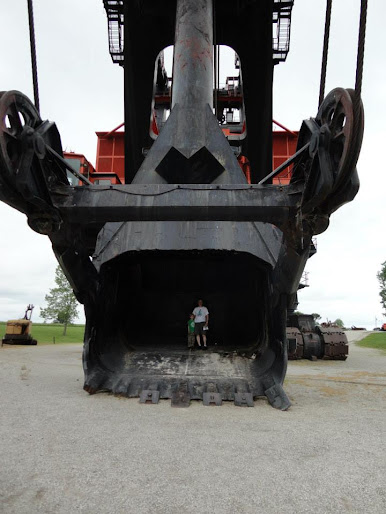 Dennis and Owen standing in Big Brutus’ shovel (he’s the biggest electric shovel in the world!)

After the first sonogram when our baby still looked like a sea creature, at bedtime Dennis kissed me and said, “I love you.  And I love the baby too.”  That melted my heart.

After the third sonogram (he missed the second), later that night while walking Jessie, he said, “Cool, we’re all having a baby and stuff,” with a big smile, and did this forward swooping movement with his arms, bending his legs, that he does when he’s really happy and excited (it kind of looks like he’s doing a “I’m so cool in my leather jacket” movement, pushing his arms out to straighten the sleeves.  All that’s missing is him swooping a comb through his hair-lol).  This is about as close to my female definition of excited as Dennis gets and it really made me happy to hear and see it. 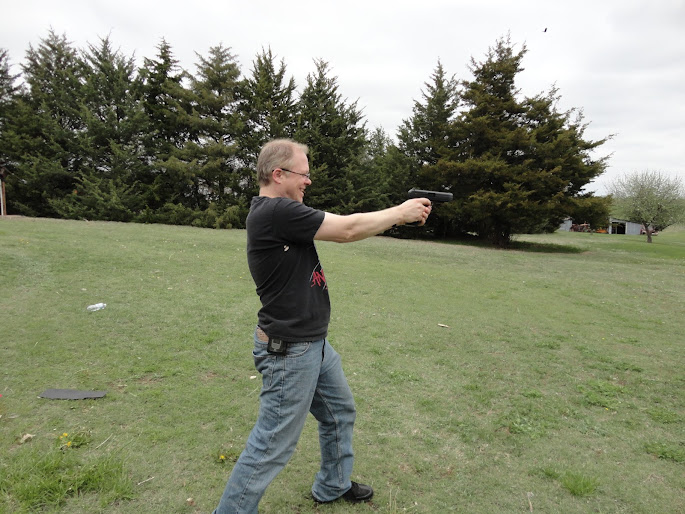 Then the clincher.  He out-parented me earlier this week when he was talking about going to the gun range on Saturday.  I’ve never been, but I’ve shot two guns since pregnant, once at his parents house and once at my Uncle’s (both in my first trimester), so I thought maybe I would go with him.  He said, “What about the baby?  Didn’t you say he can hear now?  How will the gun shots affect him?”  I replied automatically, processing my own answer only during and after I was saying it.  “They would surprise and possibly scare him,” I said, thinking of the many articles I’ve read saying that loud noises will surprise our baby now, and he will react to them.  I was stunned I hadn’t thought of this myself, as I tend to be the one that over-thinks things.  Dennis’ first concern had been for Joshua, and this was both startling and completely wonderful.  He’s already a great Dad. :)

As a side note, I decided not to go with him to the range.  I know I can’t protect Joshua from every surprise and scare, but realizing beforehand how the gunshots might affect him would make me really ill at ease, and I know I’d interpret his every movement as proof that he was freaking out in utero.  I’ll just feel better keeping him away from firing bullets until he’s a little older-lol. 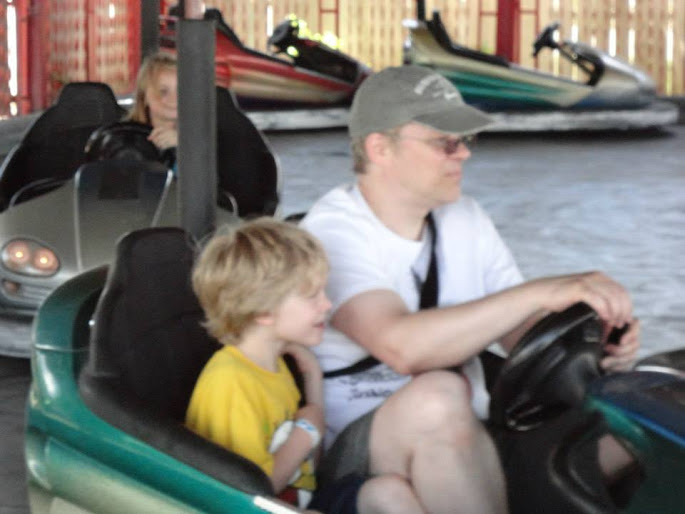 Watching the evolution of my husband becoming a father is so wonderful and miraculous after so many years of him not feeling he was Dad material.  (I always knew he was Dad material, of course.  His nephews adored him as kiddos and he was the life of the party when his whole family got together, teaching the little ones how to juggle.)  I’m just so grateful that God has given us this blessing at the perfect time, and that Dennis is transitioning so well.  Pretty sure that seeing him hold his son for the first time is going to completely melt my heart.  <3

I have a kitchen addiction and love to collect & share recipes. My passion is baking but I love to cook as well. The only thing I don't like to do in the kitchen is wash dishes, but my husband generally does them for me in exchange for his dinner.
View all posts by Veronica »
← Bread Machine Rye Bread
Easy Salisbury Steaks with Onion Gravy →