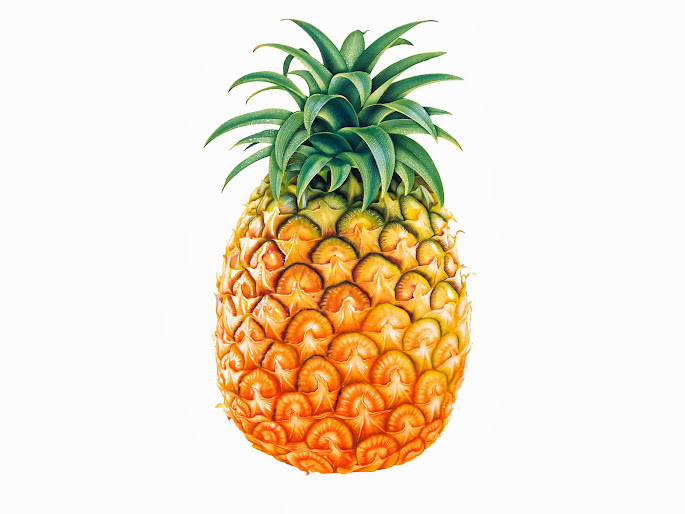 A couple weeks ago I told you about Becky and how Grandpa had stuffed her full of food that we had to pull out before taking the car home.  Mostly canned food, but there were a few fresh items that we took back with us.  The lemons, the blueberries, and the fresh pineapple.  There was so much going on at the time that upon returning home, the pineapple sat in a sack on the floor, forgotten, for two weeks. 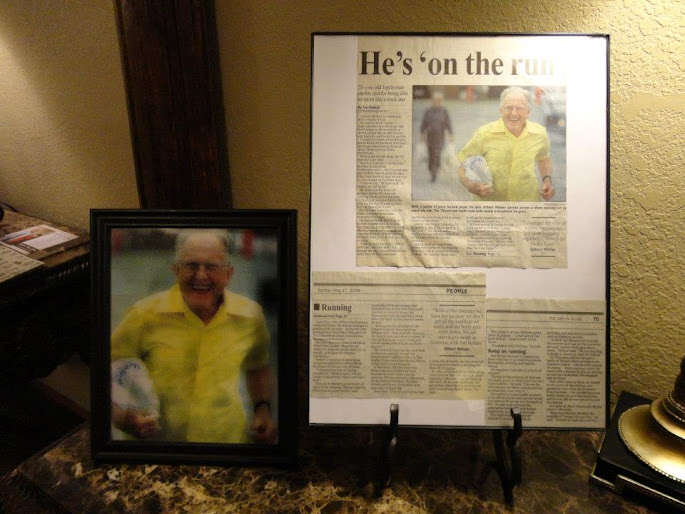 Grandpa ran everywhere until his last two years, and it got him in the local paper in 2009!

We picked up Becky on March 2nd, Grandpa’s funeral was March 9th and a week later, on March 16, I ovulated.  Yeah, when you’re a woman who really wants kids and has spent years and years waiting for one, you keep track of stuff like that, and more.  :)  So there I was, another month, another day of ovulation, another two weeks of restless hopefulness awaiting me, even despite my stressful month and grief, and I had this supremely ripe pineapple from my Grandpa that I’d almost forgotten about.  But ovulation triggered my memory and I dug it out of its sack and sliced into it.

It is fairly well known among the baby-desperate (as are many tricks and aids for conceiving) that pineapple can help a fetus implant in the uterus, as it softens the lining.  Have you ever eaten so much fresh pineapple that your tongue bleeds?  Dennis loves pineapple so much that he has developed his own rule for when to stop eating it–when you start to see blood on the pineapple you’re biting into (lol).  That’s an enzyme in the pineapple called bromelain, which essentially softens up tissues, which also happens to help prepare the uterus for a baby if there was one created that month. 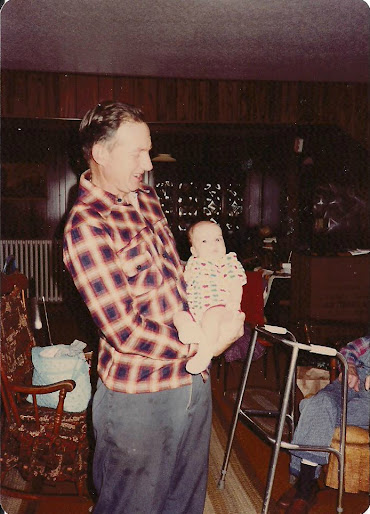 (As a side note, pineapple juice works great in a marinade because it tenderizes the meat! This one is my favoritest favorite marinade for steak to date.) 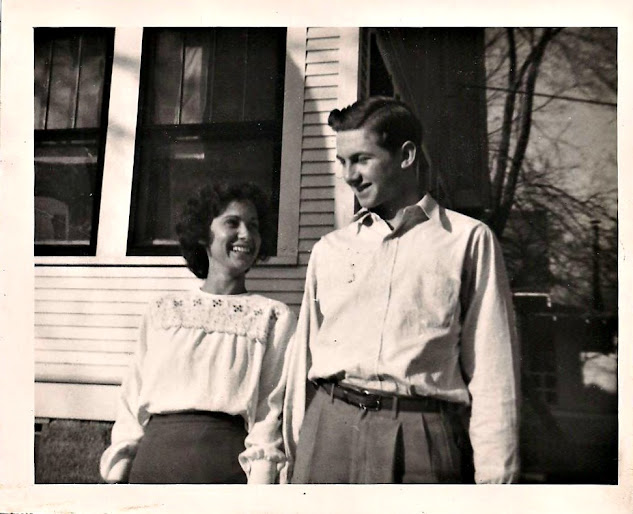 Grandma and Grandpa in love, circa 1950.

The highest concentration of bromelain is in the pineapple core and you’re supposed to eat a slice a day, including the core, for the first five days after ovulation.  It had been a long time since I tried this trick and forgot about the five day rule and continued eating it for seven days.  On day eight, while we were at our evening church service, I experienced mild uterine cramping, similar to what I usually feel at that time of my cycle as my body begins to prepare to shed the lining because there is no baby.  As I sat in church with that feeling, it was strange, but while I did feel a little disappointed, I felt more hopeful than anything else.  Well I guess it isn’t strange, I always had such incredible hope that surpassed any realistic expectations I should have had after thirteen years.  But I had this cautiously happy feeling in my heart, wondering if maybe, just maybe, there was a baby settling in and that’s what I was feeling. 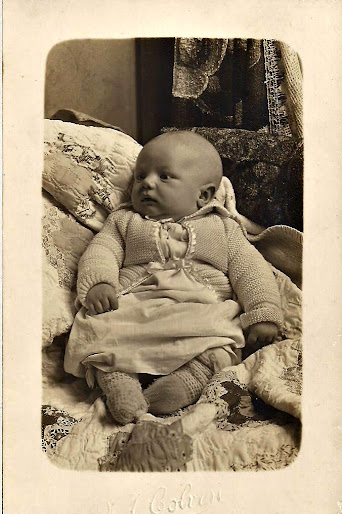 Turned out, that’s exactly what I was feeling!  Isn’t it beautiful how this child sprang to life so soon after Grandpa’s death, and with his help?  If I hadn’t gotten this pineapple from him in this sad and strange way, there might not be a baby now.  It tempers the sadness for me and turns it into something radiant.  It makes the baby feel so connected to him, and it just really touches my heart to know that Grandpa helped us conceive this child, like he was working directly with God to help our little cupcake come into being.  Even though our baby won’t know him, I have this picture of him framed, which I blew up and had printed from his newspaper article, and I will have lots of stories, including the pineapple story, for our child. I think Cupcake Miller is going to love their Great-Grandpa Millner and repeat these stories to our future grand children. Or at least, I hope so. :) 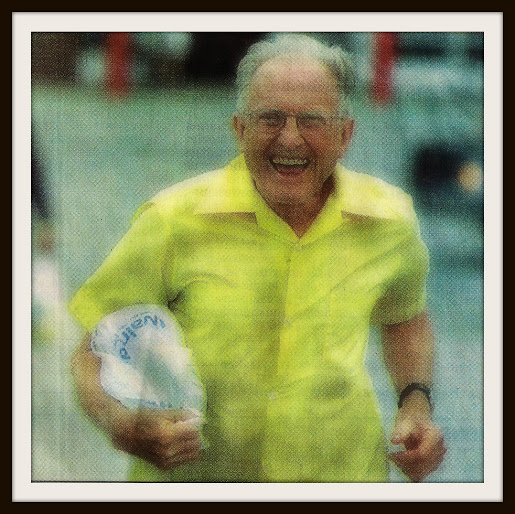 I have a kitchen addiction and love to collect & share recipes. My passion is baking but I love to cook as well. The only thing I don't like to do in the kitchen is wash dishes, but my husband generally does them for me in exchange for his dinner.
View all posts by Veronica »
← Thankful Thursday #107: I’m pregnant :)
Cookies in July →