My looooove has come along.

WAIT! Stop the music.  Before I continue with my post, I have to right a wrong I did on my last Thankful Thursday. There probably were lots of omissions on that post because I with such generous people in my life, but the one I realized was that I didn’t include was Debbi‘s cookies, which she sent to me just because. 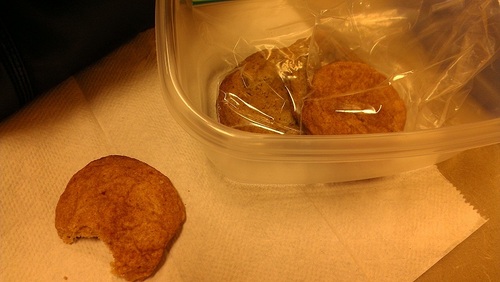 They were so good I didn’t get a picture of them, which is why I forgot to include them.  This photo, which I swiped from a friend’s Tumblr post, is the only proof her Snickerdoodles and Wookie Cookies were ever in my possession.  These were the best snickerdoodles I ever had, I just loved how fat and fluffy they were.  Thank you so much Debbi, you are a gem!

OK, back to your regularly scheduled programming…

I’m so dramatic with my title, you probably think I’ve been reconnected with a long-lost friend.  Nope, just my bestest sister-friend!  Danielle and I are now working together at the REC again!  We both started around the same time in the spring of 2004 and she left about a year later.  We were quite the pair, constantly being “shushed” when we sat together on the floor, because WE CAN’T CONTROL THE VOLUME OF OUR VOICES !  Or our laughter.  And ever since that first Halloween we worked together, management has continued to remind everyone to wear “work appropriate” costumes for Halloween.  Probably while visions of a certain witch and go-go girl dance in their heads.  Oops. 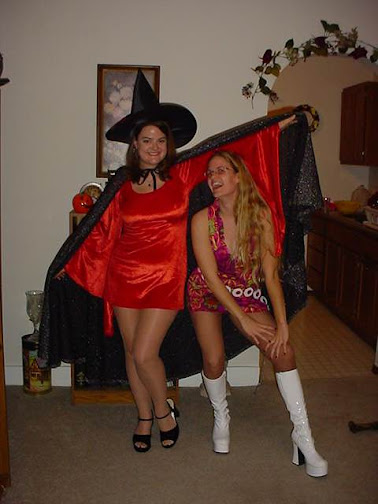 That pic was taken by a co-worker that came home with us after work for a photo shoot, so we really did, yes we did, go to work looking like that. 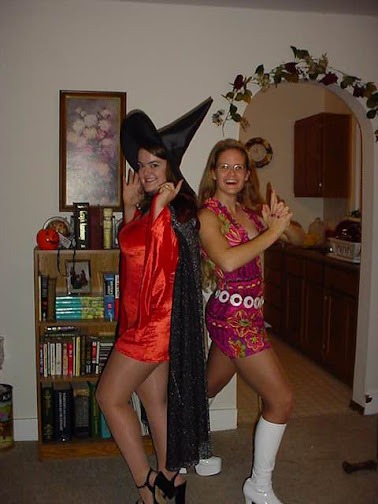 I do have to say our skirts were a bit on the short side.  And the tight side.  Wow.  But at least I had a cape to cover my butt, Danielle.  ;) 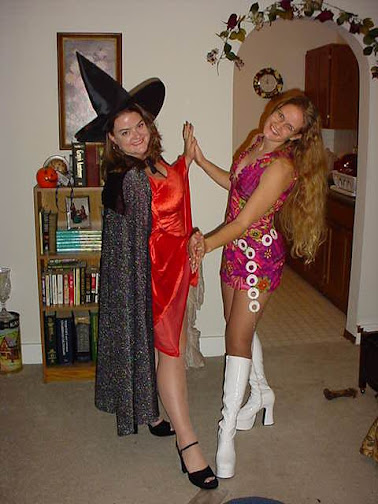 I do remember burning with embarrassment from the moment I stepped out of the car until we got back into it (we used to car pool), so I guess I did have some sense when it came to what was appropriate for an office environment, I just didn’t have the sense to apply it. lol

I don’t have anything else to say except I’m so thankful to be working with my sister again!  Though we live in the same city, we don’t spend much time together like we used to because we’re both so busy, and it’s nice to have some time we can chat face-to-face, even if it is on short breaks.  I’ll take it!

I don’t care if it’s lame, I’m giddy with excitement to be working with Danielle again. <3  Let’s see if we can stay out of trouble this time!

Wow, next week will be my 100th Thankful Thursday post! We should celebrate. Give me some ideas of something fun I could do for it.  Perhaps a giveaway or something?  Give me some ideas! (Update: Rhonda suggested me giving away my own baked goods. Would you be interested in that?)

I have a kitchen addiction and love to collect & share recipes. My passion is baking but I love to cook as well. The only thing I don't like to do in the kitchen is wash dishes, but my husband generally does them for me in exchange for his dinner.
View all posts by Veronica »
← Win a GALLON of Tropical Traditions Coconut Oil! {CLOSED}
Chocolate-Glazed Honey Macaroons →