Toddler Tuesday: the sleeve-sniffer & some videos

Joshua has been a pajama sleeve-sniffer ever since he rejected his pacifier at about six months old.  He replaced the suckling comfort of the paci with the feel of pajama sleeves against his nose, and still does a suckling motion with his mouth, like he’s sucking on his tongue, and he breathes heavy while doing it.  It’s so weird, and cute.  If he can find any jammies in the laundry before naptime, he will dig them out and carry them around by the sleeve, sniffing on them.  I finally caught it on camera. Enjoy. :) 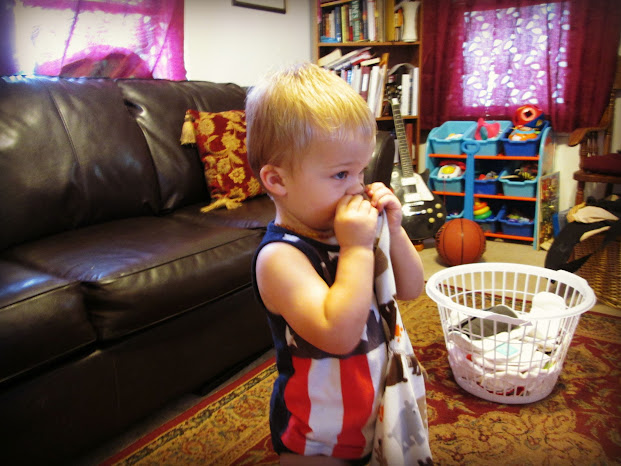 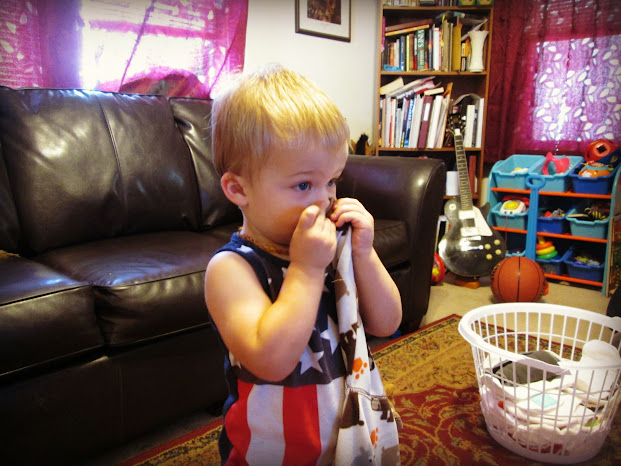 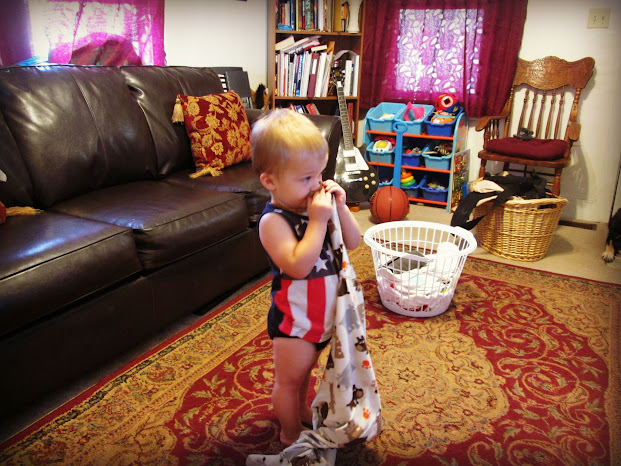 I also have a few recent (within the last couple weeks) videos I had to share too, for those with a few extra minutes to kill. None are very long, all about 30 seconds.

Remember him lovin’ on his Daddy back in February? That’s not going to end any time soon. Here he is still doing it, 7 months later. :)

Here he is groovin’ to Bon Jovi while we were at Five Guys.

Another one from Five Guys, cleaning up the mess he made. This was totally his idea. And don’t worry, his hands got washed after this. :)

I have a kitchen addiction and love to collect & share recipes. My passion is baking but I love to cook as well. The only thing I don't like to do in the kitchen is wash dishes, but my husband generally does them for me in exchange for his dinner.
View all posts by Veronica »
← Zucchini-Beef Enchiladas
Triple Coconut Doughnuts (or Muffins) →