I love dreams.  I’m not talking about the kind you have while awake, thinking of how great you can make your future (although those are even better), but the ones you have while sleeping.  Some people like to look deeper into them for the meaning, but if they had my dreams, I think they wouldn’t bother.  My dreams are the stuff craziness is made of, and I love it.

Last night I dreamed that both my sisters and all our men (OK, two of the men were ex’s of my sisters’ but they are still family to me) were gathered together in my parents’ living room with my nephew, who had a bottle sticking out of his stomach.  He had been kidnapped and the evil kidnapper had cut open his stomach and forced a bottle into it before returning him.  I know that sounds terrible, but in my dream it wasn’t as bad as it sounds.  There was no blood and Owen was not traumatized or in pain.  He was just kinda, “Huh.  There’s a bottle sticking out of my belly.  Crazy.”  I wanted to pull it out but we decided it would be best to let it come out naturally because removing it forcibly might harm his insides.  ???

Danielle puts a cold cloth to Owen’s cheek after he burned it with a punk on July 4th.

Apparently we were all gathered together to face off against this unknown evil force that in my dream wasn’t just out to harm Owen, but our whole family.  We had been doing battle all day and were covered with dirt and smears of blood, but I don’t remember the details of that part of the dream.  There was a guy who would call me to tell me what to do next and he told us to go to the field so we ran next door and in the back of the neighbor’s house there was a huge field in place of what is usually the backs of other houses.  There was a woman riding her dirt bike out in the field with a man watching her, standing in the field as she did circles around him. 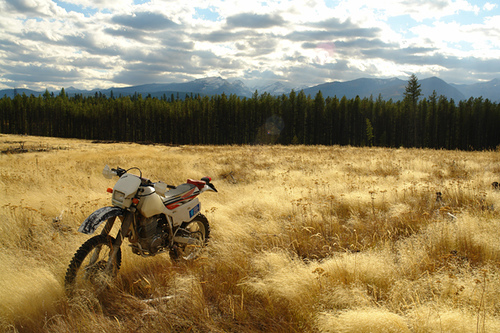 The man on the phone told me to “Stand in front of 11-4.”  He spoke in a lot of code that I could never understand.  I thought he meant 7-11 and I ran to the front of the house, thinking he wanted me to go to the convenience store on the corner.  He yelled at me to go back and I asked if he meant 12-4 because that’s Lacey’s birthday.  He quickly told me he messed up and meant to say 12-15 so I stood in front of Danielle because that’s her birthday.

Danielle does not appreciate.

As soon as I took my place, the woman on the dirt bike opened fire on us with a machine gun and we were all shot except for Danielle, who was covered by me.  The guy in the field hopped on the bike and they took off together, and our bedraggled group stumbled off towards home again.  Though we were all shot, none of us really were acting like it and we weren’t bleeding and I didn’t feel any pain but I felt like I was going to faint and I fell.  I knew I had 3-4 bullets in my stomach but I didn’t want to look.  And that’s when I woke up. 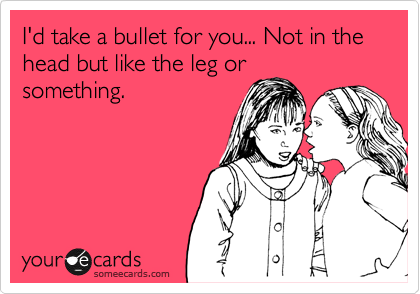 Yup, I’m totally thankful for that crazy dream.  It was so much fun!  And I have to say it’s the first dream I’ve had where I’ve ever been shot.  So cool.  I have to say the best part about having crazy dreams is sharing them with the people who were in them, especially my sisters, because it makes them laugh.  Though I don’t think I’ll tell my co-worker (or his wife) I dreamt he randomly kissed a cute girl at work-lol.

Have you had any crazy dreams lately?  Do you enjoy your dreams or do you have bad ones?  Even though most of mine have terrible things happen in them, they usually don’t feel bad, just really entertaining and amusing.  Thankfully I’ve never had what I’d qualify as a nightmare before and hope I never do!

I have a kitchen addiction and love to collect & share recipes. My passion is baking but I love to cook as well. The only thing I don't like to do in the kitchen is wash dishes, but my husband generally does them for me in exchange for his dinner.
View all posts by Veronica »
← Snickers Popcorn
Slow Cooker Moroccan Turkey Stew →